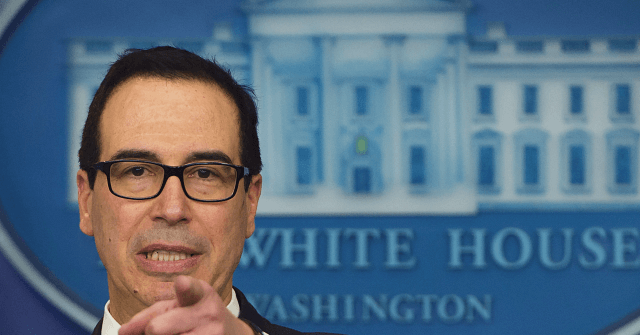 Sens. Lindsey Graham, Tim Scott, and Ben Sasse complained that the bill would create an incentive for companies to lay off employees and threatened to block the bill if the language was not changed.

“This bill pays you more not to work than if you were working,” Graham said during a press conference Wednesday. “If this is not a drafting error, then this is the worst idea that I’ve seen in a long time.”

But Mnuchin argued during a White House press briefing on Wednesday that most Americans actually wanted to keep their jobs.

“I don’t think it will create incentives, most Americans, what they want, they want to keep their jobs,” Mnuchin said.

He said that the Senate moved quickly to draft the bill to make sure states could get money out quickly to Americans in a fair way.

“We need to get this money into the American economy and American workers, that’s the importance of this.”

Sen. Bernie Sanders responded to the group of Senate Republicans by threatening to put a hold on the legislation to demand more conditions of his own.

Unless Republican Senators drop their objections to the coronavirus legislation, I am prepared to put a hold on this bill until stronger conditions are imposed on the $500 billion corporate welfare fund. pic.twitter.com/7X0o9C4BoO