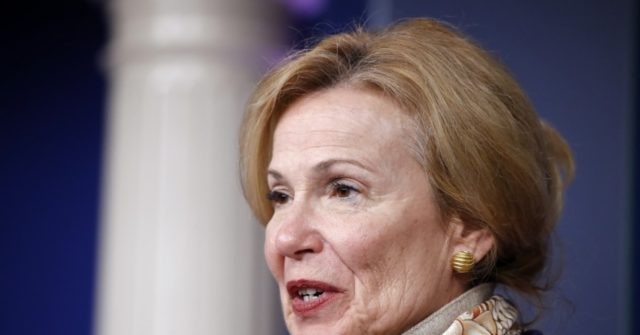 Dr. Deborah Birx on Thursday provided encouraging coronavirus numbers suggesting that some of the predictive models were incorrect.

“There’s no model right now, no reality on the ground, where we can see that 60-70 percent of Americans are going to get infected in the next 10-12 weeks,” she said.

The scientist of the model revised the estimate of deaths in the United Kingdom to be roughly 20,000 people or fewer.

Birx said that the actual data coming in from other countries were different than some of the direst projections.

She noted that in major countries, there was never an attack rate of over one in over 1,000 people.

“The predictions of the models don’t match the reality on the ground on either China, South Korea, or Italy,” she said.

Birx also addressed reports that raised the alarm of New York City hospitals running out of ICU beds, ventilators, and creating “Do Not Resuscitate” (DNR) policies for patients.

She revealed that she spoke with health officials in New York, that there were still ICU beds and 1000-2000 ventilators available, and that there were no DNR policies enacted.

“We don’t have evidence of that right now,” she said.