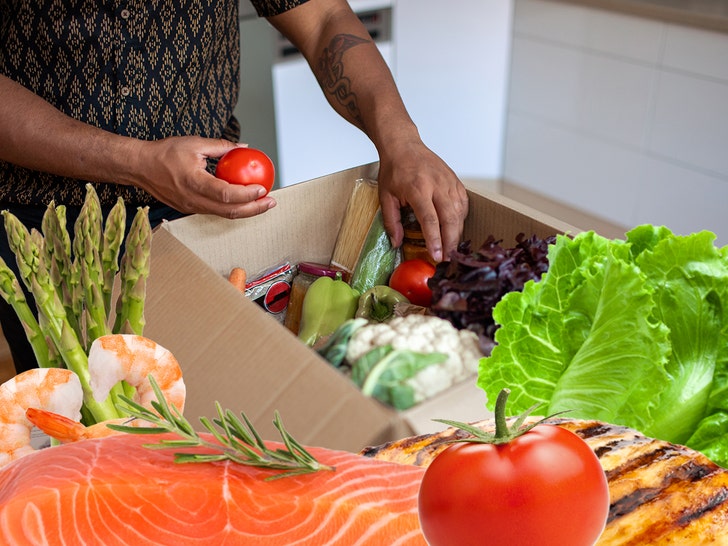 With grocery stores under siege by desperate shoppers, meal prep companies are coming up big … mostly ’cause health freaks refuse to give up their diets.

TMZ spoke with several different meal delivery companies in California and beyond, and they all pretty much told us the same thing … business has been BOOMING these past few weeks, with drastic changes in their subscriber base — and lots of returning customers too.

Take Nutrifit, for example — which has been operating for 30-plus years. They say they’ve actually seen a significant uptick in both new and old customers alike over the past week — with a 15% increase in both categories. For the oldies coming back, we’re told some folks are coming out of the woodwork from decades ago … and they think it’s due to coronavirus. Makes sense, especially since their family serving plans are up 25% too.

As far as what most people are hitting them up for … Nutrifit says it’s by and large health and organic food. We’re told their most popular a la carte items of late are mahi-mahi and salmon, Mexican turkey lasagna, organic chicken paprikash and of course, vegan chili. Mmm

Nutrifit says its meals are tailored for the health-conscious, so they attribute the rise in business to people realizing that and wanting to stay on track with their regiments. They’ve also been asked about cleanliness, and Nutrifit assures us anyone who might come into contact with a customer’s food is using gloves and social distancing when necessary.

A similar trend has been happening for other meal prep companies as well, like Fitness Kitchen L.A. and California Chef … only their numbers are even crazier. FKLA’s new orders this week have jumped by over 63%, and CC’s new subscriptions are up by a whopping 80%!

Both orgs tell us their customer base has expressed interest in maintaining their lean lifestyle … and apparently, some customers are even getting their older parents involved too to keep them out of grocery stores and away from potentially infected food runners.

We’re guessing there are plenty of people out there who just want some comfort food … and can’t blame them.