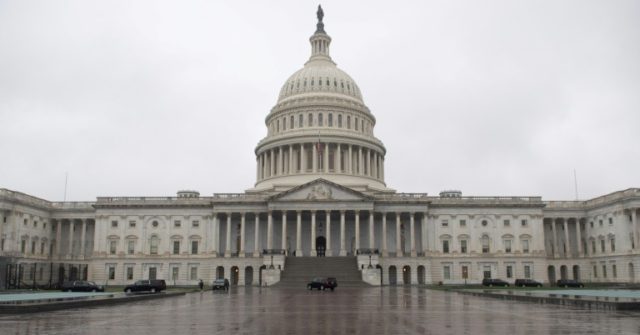 The Senate passed a substantial emergency relief bill on Wednesday night that would provide aid to small businesses, hospitals, and Americans suffering from the impact of the coronavirus outbreak.

The Senate passed H.R. 748, the CARES Act, with 96 votes in favor of the bill and no senators opposed to the legislation.

The Senate shot down an amendment to the bill sponsored by Sen. Ben Sasse (R-NE), which would reverse the bill’s generous unemployment benefits. Sens. Sasse, Lindsey Graham (R-SC), Tim Scott (R-SC), and Rick Scott (R-FL) contended that the legislation would incentivize Americans not to work. The amendment required 60 votes to pass through the chamber. Sasse’s amendment was shot down with 48 votes in favor and 48 against the measure.

Treasury Secretary Steven Mnuchin rebuffed the Republican senators’ concerns over the bill, contending this will help those who involuntarily lost their jobs.

“I don’t think it will create incentives. Most Americans, what they want, they want to keep their jobs,” Mnuchin said.

“We need to get this money into the American economy and American workers, that’s the importance of this,” he added.

The Senate Cares Act would provide most Americans $1,200 per individual, $500 for most children, and establish a several hundred billion dollar lending aid program for businesses, cities and states, as well as aid for small businesses.

The bill also omits many Democrat requests such as mandatory early voting, ballot harvesting, requirements that federal agencies analyze their use of “minority banks,” and provisions to curb airline emissions.

Senate Majority Leader Mitch McConnell (R-KY) said on the Senate floor before the vote that the chamber “will stay nimble” to combat the coronavirus. He added that there would be no more votes in the Senate until April 20.

Sen. Joni Ernst (R-IA) said in a statement after the bill passed through the Senate:

As this COVID-19 pandemic has evolved, I’ve continued to listen to Iowans from all sectors of our economy, and there has been one resounding message: we need relief, and we need it now. After heeding these calls, I pushed my colleagues to take swift, bold action to deliver immediate aid to folks in Iowa, and across the country. And thankfully, we’ve done that. From Phase 1, where we bolstered our state and local response efforts; to Phase 2 where we provided paid sick leave and free testing; and now, to Phase 3 where we’ve come to the aid of America’s workforce and those in our health care industry on the front lines of this pandemic.

“Now, the House must do their job, pass this bipartisan bill quickly, and get it to President Trump’s desk. We don’t have time for delay; Iowans need this aid right now,” she added.

Communities across Florida and our nation are reeling from this unprecedented crisis, and today the Senate acted on an unprecedented response to provide relief to Americans, small businesses, and our economy. Our bipartisan small business package, which was included, will provide emergency relief so that millions of American workers can keep their jobs and millions of small businesses can stay open. As our nation works to contain the spread of the coronavirus, I remain in close contact with the Trump Administration and Governor DeSantis to ensure that Florida has the resources it needs during this public health crisis.

“The Coronavirus epidemic has damaged our physical and our economic health. This bill supports the economic health of individuals, families ,and employers. It also advances the fight to make us safe from the disease,” said Sen. Bill Cassidy (R-LA).

The Senate appeared poised over the weekend to pass the legislation; however, House Speaker Nancy Pelosi (D-CA) left the negotiating table at the last minute to craft her own legislation.

After many days of negotiation with Senate Republicans and the White House, Pelosi agreed to support the Senate proposal.

Now that the bill has passed through the Senate, the House will take up the bill on Friday.

McConnell delivered an impassioned speech before the vote on the Senate floor on Wednesday about how the nation will defeat the coronavirus.

“Today, the Senate will act to help the people of this country weather this storm,” McConnell said. “Our nation needed us to go big and go fast, and they did.”