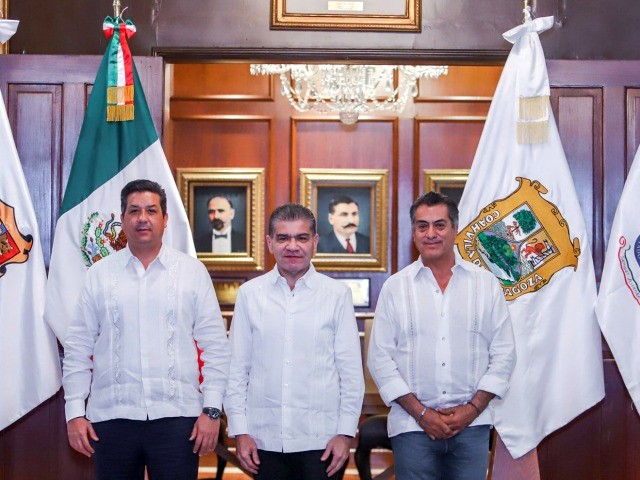 Three Mexican border governors called on the president of Mexico to halt border crossings from Texas as cases of the novel coronavirus (COVID-19) continue to rise. The call to action comes as Mexico prepares for the Holy Week vacation period that tends to drive up the number of visitors to the northern states.

The governors of Coahuila, Tamaulipas, and Nuevo Leon met in Saltillo as part of meetings to prepare the region for the spread of Coronavirus.

“This is a message to the president–just call us,” said Nuevo Leon Governor Jaime Rodriguez Calderon. “We don’t have the capabilities to close the border–he does.”

Holy Week is scheduled to take place from Sunday, April 5 to Saturday, April 11. During that time, families across the nation routinely travel to tourist hotspots.

‘We agreed to have public education campaigns to encourage paisanos (Mexicans living in the U.S.) to not visit during Holy Week,” said Coahuila Governor Miguel Angel Riquelme.

During the meeting, the border leaders expressed concerns about the growing number of tourists from the U.S. and how those numbers could grow. The calls for stronger border security does not include stopping commercial goods.

According to Tamaulipas Governor Francisco Cabeza de Vaca, the measures come after the World Health Organization declared the U.S. as the new epicenter for the pandemic.

“Things have changed so much from one week to the next,” said Cabeza de Vaca. “Close to 50 percent of the movements between the two countries take place within these three states … the Coronavirus will walk throughout borders and that is what is coming.”

During the meeting, the border politicians also worked on ways:

-to establish a regional system for mass detection of the virus;

-jointly purchase emergency supplies to care for the sick;

-work with the Mexican military on establishing hospitals and other disaster responses; and
-provide timely statistics by state and region.

Brandon Darby is the managing director and editor-in-chief of Breitbart Texas. He co-founded Breitbart Texas’ Cartel Chronicles project with Ildefonso Ortiz and senior Breitbart management. Follow him on Twitter and Facebook. He can be contacted at bdarby@breitbart.com.