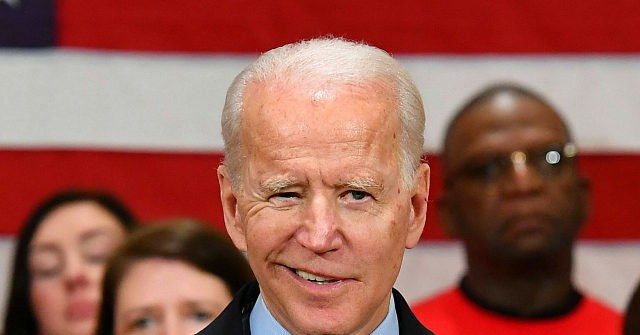 Whatever you think about President Trump and his response to this global pandemic that sparked from a Chinese “wet market” selling wildlife, you cannot exactly be heartened to behold the response offered by Democrats.

The party’s presumed nominee, former Vice President Joseph R. Biden, finally mounted the barricades this week to personally combat the Wuhan virus by — what else? — setting up a television studio in his Delaware home to offer “counterprogramming” to the president and his crisis team of doctors, public health officials, industry leaders, and economic experts.

Watching Mr. Biden stumble, mumble and dodder through a simple speech in his living room while looking lost and lonely staring into a cold camera is physically painful for any human.

For nearly five decades, Mr. Biden has been one of the great masters of Washington. Yet he is a blubbering disaster unfit for the national stage during a crisis. Unfit, really, for any stage at any time.

He is Barack Obama — minus the fake Greek columns.

Meanwhile, Democrats in Congress cannot help but reveal their true loyalties in the desperate throes of a global meltdown.

More Americans have lost their jobs in the past several weeks than at any other point in history, and what is the first instinct of panicked Democrats in Washington? They race to lard up an emergency financial rescue package with treasonous smash-and-grab bags of obscene money for the greedy special interest groups that keep Democrats in power.

From environmental wackos to self-serving union bosses to the suicidal open borders industry, the great puppeteers of Washington Democrats were the party’s first — and only — priority in this panic.

Workers be damned! Taxpayers be screwed! Damn the greatest economic engine on the earth!

This really should not be much of a surprise if you look back at their performance these past several years. Since the dawn of the Trump Dynasty, Democrats have manufactured ridiculous crisis after ridiculous crisis.

And nothing reveals their unseriousness like an actual, true crisis.

Perhaps the most obvious and cynical way Democrats in Washington exposed themselves during this pandemic was their nakedly partisan effort to expand — of all things — “voting from home” in the massive bailout bill. Also known as “ballot harvesting,” this scheme strips away every safeguard designed to ensure election integrity in America.

After all, this is the same party that managed to lose an election to President Trump. The only way they have any hope of winning is to entirely rig the whole thing.

There is also talk in Washington these days of doing something just as bad as ballot harvesting. Some people want to allow congressmen and senators to be allowed to cast ballots from anywhere.

These people are bad enough being allowed to vote while in Washington. Why on earth would we want to encourage them by allowing them to vote from home, too?

The whole point of establishing the nation’s capital in Washington was that it was a dismal swamp uninhabitable most of the year. The mosquitoes alone kept Congress out of session for long months at a time. This narrowed the amount of time each year that federal legislators could be in Washington wasting your money and destroying the country with their ridiculous ideas and votes.

Then along came air conditioning, and that ruined everything.

One of the rare bright spots in this whole pandemic has been that — finally — Mitt Romney found a job for which he is actually qualified: self-quarantine.

It’s just too bad he didn’t think of that back in 2012 before Republicans nominated him to run against Mr. Obama. Maybe if he had, Republicans could have nominated a real leader — a real statesman — like Donald Trump.

• Charles Hurt can be reached at churt@washingtontimes.com or @charleshurt on Twitter.