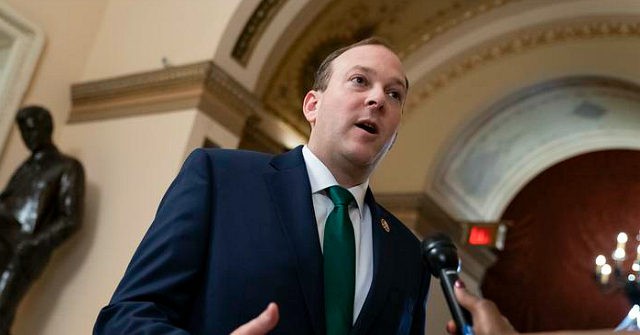 Rep. Lee Zeldin (R-NY) said during an appearance on Breitbart News Saturday that the Democrats’ delay of the economic relief package hurt small businesses in his own district, which is being ravaged by the coronavirus.

Zeldin said his district, the 1st Congressional district in New York, has been “crushed” with positive cases and added that hospitals are nearing capacity. The Democrats’ delay — rejecting the initial bipartisan coronavirus relief package — only served to hurt business owners and individuals, especially in his district.

“And just to put a perspective of the consequence of the delay: One example is I woke up this morning and had multiple people reaching out to me asking about the small business loan and forgiveness program, and where do they go to apply,” he said, noting that many business owners are trying to decide if they need to close permanently and adding that some already have.

“There are businesses, because of a delay over the course of the week, there are businesses that are out that — if Congress just moved quickly and passed this on Monday — as a product, as you point out, of bipartisan agreement, because it was Senate Republicans working with Senate Democrats — fast forward to this morning with these people reaching out to me. I’d be able to send them to a link,” he said. “They would have already been in touch with lenders, filling out applications. Every moment that goes by matters. Hospitals making decisions on money available to purchase PPE. States and local governments, especially states that are looking to acquire ventilators and whatnot.”

Zeldin said the federal government has been helping but added that the delay had a negative impact.

“This delay hurt,” he continued.

“The Speaker’s plane landed in DC and she blew everything up,” he said of Speaker Nancy Pelosi (D-CA), who, along with her caucus, offered their own version of an economic relief bill fraught with progressive agenda items unrelated to the crisis.

“And it’s amazing hearing them talk about items that were in the bill on Sunday as if the delay somehow secured those components,” he added.

The lawmaker said he would have taken no issue with delaying a bill to strengthen it, but that was not the case with the Democrats.

“But if you’re going to put up your own bill, it’s going to be filled up with liberal wish list fantasy items that have nothing to do with coronavirus, that’s what you’re delaying it for? That’s what — you know the downtown in my district that is going to lose a few more businesses this week because of your push for ballot harvesting? Give me a break. This is not that moment. That’s for some other debate on some other day in some other bill.”

The bipartisan bill, which Trump signed on Friday, provides relief to small businesses, hospitals, and individuals.

“Because of the loan that is being made available, they are going to have a process in place to be able to pay what they owe, to be able to maintain a headcount and on the backend of it, because of a loan forgiveness program, be able to get the loan forgiven and still be in business,” Zeldin said of the bill. “And this was a successful business through no fault of their own. The government closed them down.”

He also noted that the measure provides assistance for hospitals, which need to invest in PPE and increased bed space, as well as assistance for state and local governments.

“We should not include anything in the bill that is not related to coronavirus,” he stressed.

“This was a government decision that closed down these businesses. And government is trying to help them get through the other side. And government’s capable of really screwing it up or actually providing assistance,” he said.

As for his state, Zeldin said hospitals are currently working on increasing bed capacity, highlighting the United States Army Corps of Engineers building a temporary hospital, as well as the state receiving thousands of ventilators from FEMA.