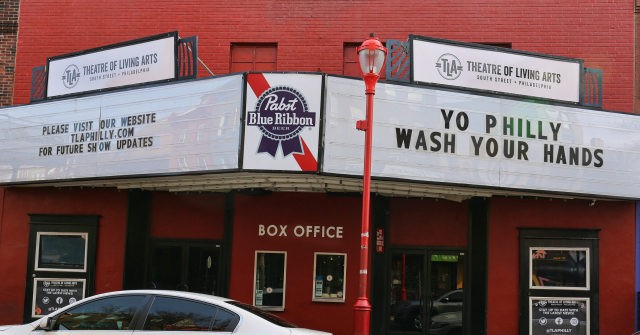 Philadelphia remains one of the places where a stay-at-home order is enforced, yet many Philadelphia residents were outside ignoring that order on Friday.

People were walking and running during the afternoon while large groups of people assembled in Eakins Oval at night, WPVI reported.

WPVI showed the video of these people to Dr. Tony Reed, the chief medical officer at Temple University Hospital. Reed said in response that even though people want fresh air, they should think twice before going outside.

“Imagine a runner coming along, turning sideways and coughing, and you’re running along right behind them and run through the vapor cloud from their cough,” he said.

There were also crowded games of chess, with clusters of folks playing the games in parks where the pieces were not cleaned in between, and pickup basketball games being played at local parks.

“Any one of those people out there playing basketball could have been infected two days ago, three days ago, four days ago, and just aren’t showing symptoms yet but are spreading the virus,” Reed said.

The city is not the only place where people are ignoring the advice of medical professionals. In Ocean City, New Jersey, the beaches and boardwalk are closed, yet people are still using them.

Officials in Philadelphia say if you see a gathering, call 311.

Additionally, police in Chicago had to break up two house parties, as residents there ignored stay-at-home orders.