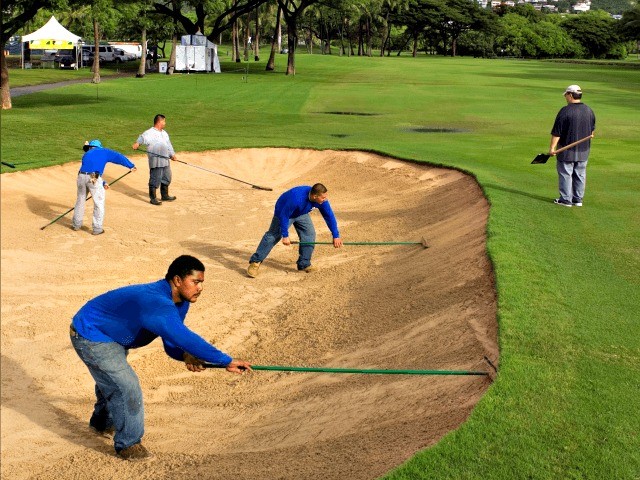 Despite mass unemployment of Americans during the Chinese coronavirus crisis, federal agencies are accelerating the speed at which foreign workers will be imported to the United States to take blue-collar industry jobs.

This week, the federal government announced that nearly 3.3 million Americans have filed for unemployment as businesses have been forced to close due to the coronavirus outbreak in the U.S. from Wuhan, China.

The 3,283,000 jobless Americans due to the coronavirus crisis far surpass the 1982 record of 695,000 jobless claims, and the number of unemployed is expected to continue to surge.

A memo released by Pompeo reads:

The H-2 program is essential to the economy and food security of the United States and is a national security priority. Therefore, we intend to continue processing H-2 cases as much as possible, as permitted by post resources and local government restrictions. Secretary Pompeo, in consultation with the Department of Homeland Security, has authorized consular officers to expand the categories of H-2 visa applicants whose applications can be adjudicated without an in-person interview.  Consular officers can, if they so choose, now waive the visa interview requirement for first-time and returning H-2 applicants who have no apparent ineligibility or potential ineligibility. [Emphasis added]

This expansion also increases the period in which returning workers may qualify for an interview waiver. Applicants whose previous visas expired in the last 48 months, and who did not require a waiver of ineligibility the last time they applied, do not need to be interviewed in-person if they are applying for the same visa classification as their previous visa.  We anticipate the vast majority of otherwise qualified H-2 applicants will now be adjudicated without an interview. [Emphasis added]

The directive effectively allows agricultural and nonagricultural businesses to quickly import foreign workers on H-2A and H-2B visas without standard interview and application procedures — a move that echoes President George W. Bush’s decision to waive visa requirements in the wake of Hurricane Katrina.

“The agriculture industry’s dependence on poorly screened, cheap foreign labor to produce our food is indefensible,” Federation for American Immigration Reform’s (FAIR) RJ Hauman told Breitbart News. “Validating it through a guest worker policy change at a time of mass unemployment and a public health crisis is an enormous mistake.”

Temporarily waiving in-person interviews for H-2 visa applicants streamlines the application process and helps provide steady labor for the agriculture sector during this time of uncertainty. H-2 labor is vital to the economy and food security of America – our farmers and producers depend on these workers to continue to feed and clothe the world. [Emphasis added]

Officials with NumbersUSA, which represents American workers, blasted the decision by Pompeo and Wolf.

“Low-wage foreign guest workers can also come in by the tens of thousands thanks to [Chad Wolf],” NumbersUSA officials wrote on Twitter. “Will every individual be tested for coronavirus or does corporate greed trump public health?”

.@DHS_Wolf has now waived in-person interviews for H-2 (ag and seasonal non-ag) guest workers. This includes employees for landscaping, restaurant, and hotel industries. Not only does this add insult to injured American workers, it threatens public health.

The Agriculture Dept. is making it easier for employers to replace Americans with foreign guest workers amid the coronavirus crisis. This is what happens when lobbyists for the Ag industry like Kristi Boswell run policy. Americans go jobless and public health is threatened.

Last year, farm companies hired roughly 250,000 H-2A foreign workers as there is no cap on the number of H-2A workers who can be imported into the U.S. This month, Wolf approved 35,000 extra H-2B foreign workers to take nonagricultural jobs in the American economy and has refused to halt the program amid the coronavirus crisis.

Every year, U.S. companies are allowed to import 66,000 low-skilled H-2B foreign workers. For some time, the H-2B visa program has been used by businesses to bring in cheaper, foreign workers and has contributed to blue-collar Americans having their wages undercut.