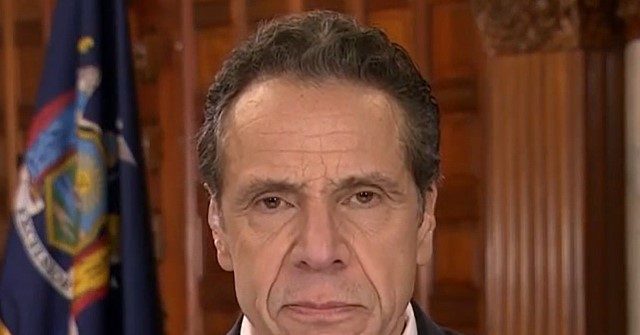 Eight sex offenders, three of which were convicted for raping children, were released in the state of New York as a statewide initiative led by Governor Andrew Cuomo (D) to empty prisons in fear that inmates will contract the Chinese coronavirus.

This weekend, the Monroe County, New York, jail freed more than 50 inmates from their custody as part of the state’s Department of Corrections and Community Services jailbreak effort in the midst of the coronavirus, according to WIVB 4.

Among those 50 inmates released were eight sex offenders, three of which were convicted for raping a child. Even as the New York state courts have deemed the sex offenders likely to re-victimize children, they were released.

Patrick Phelan, the chief of police in Greece, New York,  told WIVB 4 that his office was not notified by state officials of the sex offenders’ release, though the state has placed them in a local Holiday Inn Express.

“We weren’t told by anyone. I think good practice would be if you’re going to release convicted felons,” Phelan said. “Some of them very violent some of those level 3 sex offenders, You might want to give law enforcement the heads up.”

Cuomo’s Department of Corrections and Community Services defended their decision in a statement to local media, saying, “This significant action is being taken in response to a growing number of COVID-19 cases in local jails over the past few days and weeks.”

“Our top priority remains the public health and safety of New Yorkers during this global public health emergency and this measure will further protect a vulnerable population from contracting and transmitting this infectious disease,” a department official said.

The move comes as Cuomo has ordered the release of 1,100 inmates who have broken the terms of their parole in fear that the convicts may contract the coronavirus in prison.

In New York City, Mayor Bill de Blasio vowed to free 375 inmates back into the general public. At the federal level, 14 Republican and Democrat Senators — including Mike Lee (R-UT), Kamala Harris (D-CA), Elizabeth Warren (D-MA), and Thom Tillis (R-NC) — have urged the Justice Department to free felons who are over the age of 60-years-old.