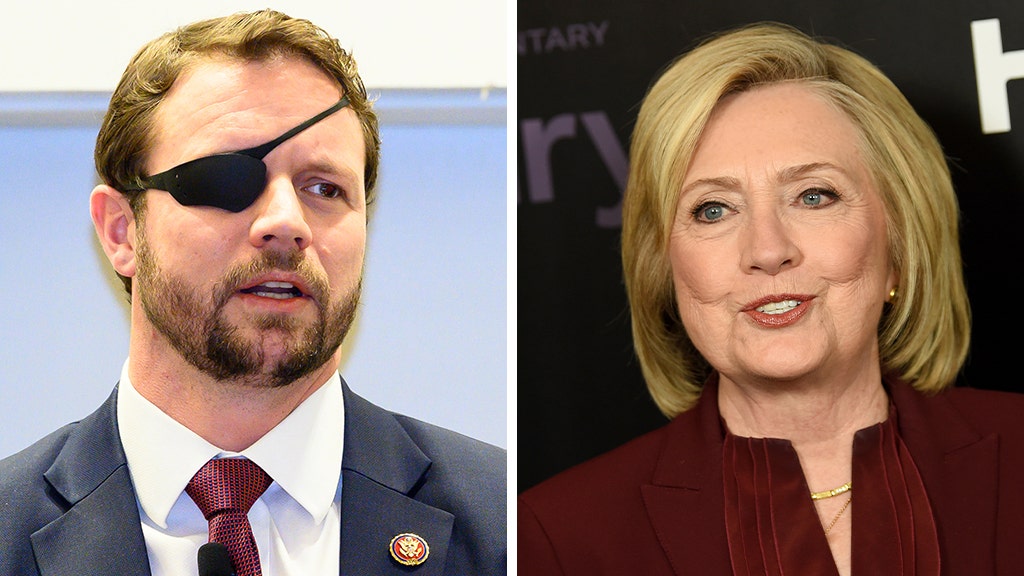 Texas Republican Rep. Dan Crenshaw blasted former Secretary of State Hillary Clinton on Sunday for her swipe against President Trump amid the growing coronavirus outbreak within the U.S.

“One of the things I talk a lot about is outrage culture and this newfound issue where we find the worst of each other, and we question each other’s intentions, and that happens all the time in politics… but now is not the time to do that,” Crenshaw told “Fox & Friends” Sunday.

“Hillary Clinton is so used to taking political jabs at the president… but this isn’t the time.”

“There is a pandemic going on and somebody like Hillary Clinton is so used to taking political jabs at the president or her political opponents any time there’s an outcome that is unfortunate, but this isn’t the time. This is a tragedy for all Americans and the entire world.”

Since the availability of testing kits has broadened in recent days, the number of confirmed cases in the U.S. has jumped. Responding to an article by the New York Times headlined, “The U.S. now leads the world in coronavirus cases,” Clinton took the opportunity to knock her former 2016 rival on Twitter.

HILLARY CLINTON UNDER FIRE FOR JOKE ABOUT US CORONAVIRUS CASES

“He did promise ‘America First,'” she wrote, referring to one of the president’s campaign slogans.

Crenshaw =fired back: “Delete your account. This isn’t the time. This can’t be the new normal, where American tragedy is applauded for the sake of political opportunism,” he tweeted.

Standing by his tweet Sunday, Crenshaw called for unity in fighting the pandemic, saying, “It’s going to be easy to take swipes at each other and easy to have very disingenuous criticisms of each other and moralize against each other — but we can’t do that. We have to do this together.”

Highlighting the resolve of the American people to step up in times of crisis, Crenshaw urged the public to “embrace some of the good” and fired back at Trump’s critics who took issue with his hopeful tone over the weekend.

“Let’s work together, let’s stop looking for cheap political jabs to take at each other and actually get through this.”

“Just this once, let’s embrace some of the good things happening. Let’s embrace the fact that our industries have totally ramped up production of PPE [personal protective equipment], factories are totally changing what they do to make ventilators, people are actually coming together and figuring out what needs to get done. Doctors are coming out of retirement,” Crenshaw explained.

“You know, we ramped up testing to an enormous degree in this country, which is why our cases are so high, Hillary Clinton,” he said, addressing the secretary directly. “Now, let’s celebrate this stuff. Let’s work together, let’s stop looking for cheap political jabs to take at each other and actually get through this.”

Fox News’ Joseph A. Wulfsohn contributed to this report.