President Trump called the United States’ fight against the coronavirus its “big war” — and in southern Georgia, a group of military veterans is doing its part to help communities in need during this national crisis.

“They’re still coming out in numbers getting food regardless of what the governor puts out,” said Hai Clay, a retired Army captain and president of Community Warriors. 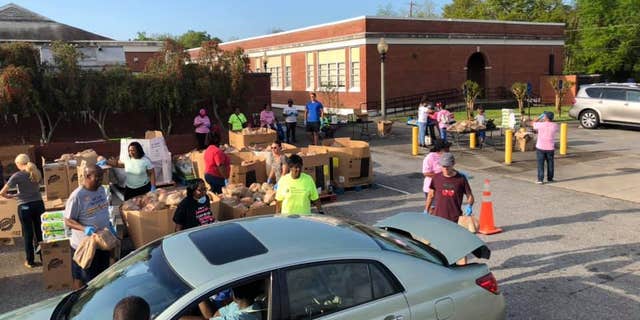 The nonprofit organization has run a mobile food pantry in partnership with Feeding the Valley, a Georgia based food pantry. Clay founded Community Warriors two years ago to meet growing needs in southern Georgia and parts of nearby Alabama.

Every third and fourth Saturday of the month, the group has passed out food in Columbus, Ga., and Phenix City, Ala., with Feeding the Valley.

Community Warriors usually has met in parking lots of churches or community centers, where people in need would line up in their cars to receive food as volunteers packed boxes into their open trunks.

As the number of COVID-19 cases has risen across the country, Community Warriors has seen a surge in the number of people arriving at sites to receive food. Clay said he usually would see up to 700 people showing up to accept food, but last weekend in Phenix City far surpassed that.

Phenix City Mayor Eddie Lowe requested that Clay pass out food on a Sunday, the group said. Volunteers started at about 7:00 a.m. Though they planned to hand out food until 2:00 p.m., they ran out by 10:15 a.m.

Clay estimated that over 2,000 cars arrived.

“The mayor was out there and he had to get on the phone to call the chief of police to get some officers out there to help control the traffic because the line was going back into Columbus, Georgia, from Phenix City, Alabama,” Clay said.

“It broke my heart,” said Carla Clay, the veteran’s wife and a Community Warriors volunteer. “All we could give them was a jar of peanut butter and something else.”

With unemployment increasing as the virus has spread, the group predicted the need for food will continue to grow. A mayor from a neighboring Georgia town reached out to see if Community Warriors could hand out food there.

“If we can make a change and people see it, hopefully it will spread,” Clay, a 26-year veteran, said. 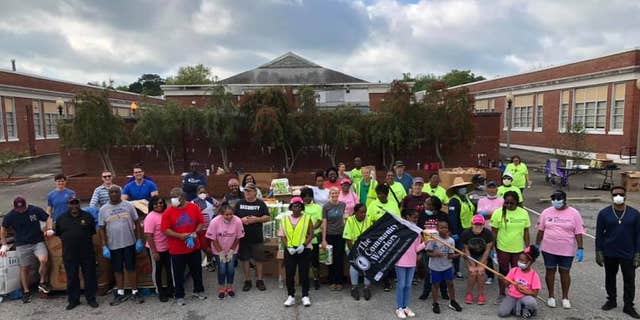 Community Warriors volunteers helping get food to people in need.

“We help the Boys and Girls Club and the YMCA,” Clay said. “We built a garden with South Columbus Elementary School — this is what we’re about.”

Community Warriors has helped the community during hurricane seasons passing out food and blankets to evacuees. The group also has cut grass for the elderly and just started a youth chapter.

“Everyone’s telling me I am more busy now than when I was in the military,” Clay said. 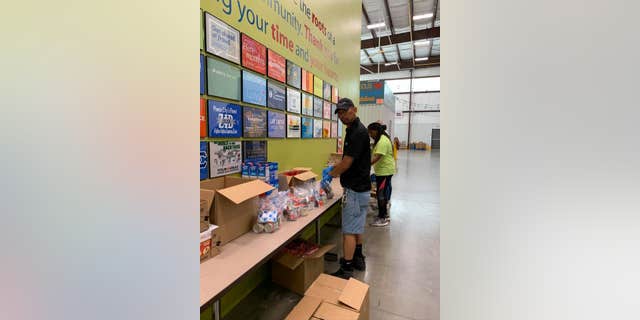 Clay, who was born in Vietnam, founded Community Warriors not long after he retired from the Army in 2016. It started out with several military veterans.

“It actually started off with maybe nine of us,” Clay said. “We were all military and it expanded to civilians that we saw were passionate about what we do, and it just blossomed.”

Community Warriors’ roster has grown to about 50 members, aided by roughly 2,000 volunteers.

Many of the veterans involved with Community Warriors have had post-traumatic stress disorder [PTSD], as did Clay. 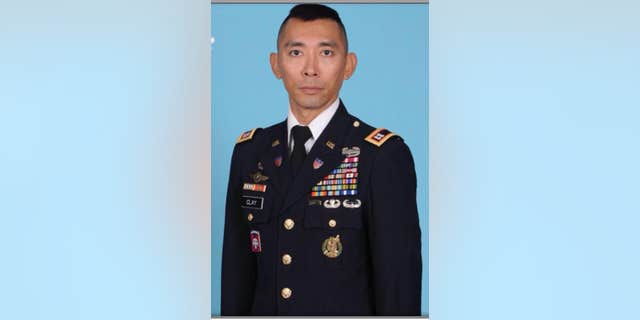 “When we get together, it’s like we’re back in the military,” Clay said. “I had two [veterans] thank me about pulling them out of a hole that they were in. I really don’t get deep into their personal business, but apparently they seemed to have been depressed. They sit in the house and won’t go anywhere, won’t talk to anybody, but the reason they come out is because of the comradery that we have.”

In a short time, Community Warriors has hit its stride championing the neediest communities, with much more coronavirus relief work in the weeks to come.