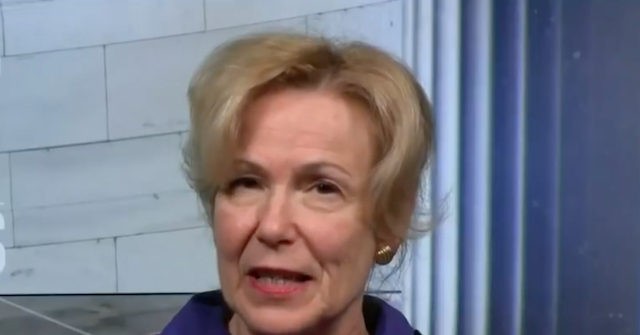 Sunday on NBC’s “Meet the Press,” White House Coronavirus response coordinator Dr. Deborah Birx said, “No state, no metro area will be spared” from the outbreak.

BIRX: Well, this is the way pandemics work. And that’s why we all are deeply concerned and why we’ve been raising the alert in all metro areas and in all states. No state, no metro area will be spared. And the sooner we react and the sooner the states and the metro areas react and ensure that they’ve put in full mitigation, at the same time understanding exactly what their hospitals need, then we’ll be able to move forward together and protect the most Americans. There’s a new website up. It comes from Chris Murray out in Washington State. It’s on the IME website, IMHE website. It predicts and looks at this — built as an infectious disease model.

TODD: I would love to take a look at that. What part of this model, what is it telling you? And what does this mean? I mean, what is it that you’ve learned from that model that tells us — you just said no metro area’s spared. So that does tell me that this idea of creating a county-by-county, low-, medium-, high-risk advisory level by the middle of the week, is that something that’s not going to happen?

BIRX: No, I think those two pieces come together. There’s two pieces that we absolutely need. And I think you’ve had many experts talking about this. One of them is ensuring that we have full capacity for full diagnosis. And so that is still going on, and we do have enough tests for that. The other piece of this is surveillance. So we’re looking across the United States for counties that do have lower case numbers right now to see what we can do right now in order to really put into place full surveillance, full contact tracing, and full diagnostic capacity to ensure that cases are found and we contact trace while the metros and other areas go through clearly important mitigation efforts to spare as many American lives as possible.

TODD: What are you seeing in New York that raises alarm bells to you when this does — when suddenly Detroit, New Orleans, Chicago start to see the same incoming to their ICU units that the New York area is seeing now?

BIRX: Well, we’re studying New York very carefully. We’re studying the hospital needs, how to do better testing, how to keep less sick people away from the hospital and being tested elsewhere, looking at admissions, looking at how to keep those hospitals stocked. It’s not enough for us to get materials to warehouses. We have to be working with the state and local governments comprehensively to ensure that equipment and supplies are getting to each hospital. Hospitals are so busy taking care of the people who are ill. They can’t be spending time doing inventory. And so we need to help and support that.