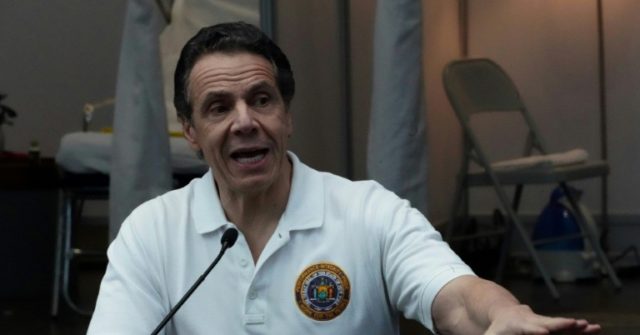 New York Governor Andrew Cuomo said Monday at a press conference that he was not running for president in 2020.

A new poll shows that 87 percent of New Yorkers now approve of Cuomo’s job performance, up from 44 percent in February, prompting political chatter about his skyrocketing popularity possibly turning into a political run.

The New York governor reacted to Trump’s comment on Fox and Friends Monday morning that Cuomo would be a better presidential candidate for Democrats than former Vice President Joe Biden.

“I wouldn’t mind running against Andrew. I’ve known Andrew for a long time,” Trump said. “I wouldn’t mind that, but I’ll be honest. I think he’d be a better candidate than Sleepy Joe.”

Cuomo said he thought that the president’s remark was a compliment.

“I thank the president because I take his comment as a compliment,” he said.

Cuomo said that he would continue to praise and thank President Trump for helping New York, and said that playing politics during a national crisis was “inappropriate, counterproductive, and anti-American.”