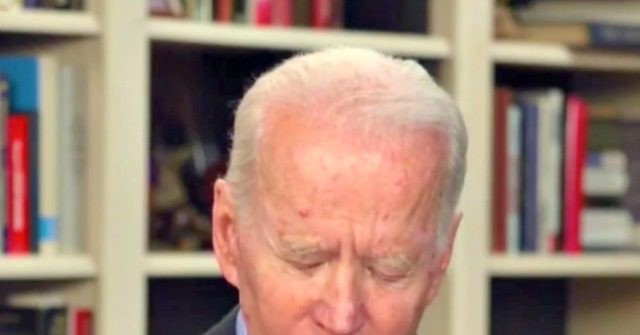 Monday on MSNBC, former Vice President Joe Biden, a candidate for the Democratic presidential nomination, apparently got confused when answering a question about his thoughts on what President Donald Trump should be doing to address the coronavirus pandemic.

Biden said, “The president has to move more rapidly. You know, we know from experience that speed matters. We know that you can’t go too fast, it is about going too slow. In order to avoid that, those very high numbers, we have to do at least several things.

Looking down at his notes, Biden continued, “One, we have to depend on what the president is going to do right now.”

Losing his thought, Biden said, “And first of all, he has to tell — uh uh wait until the cases before anything happens. Look, the whole idea is he has got to get in place things that were shortages of. ”