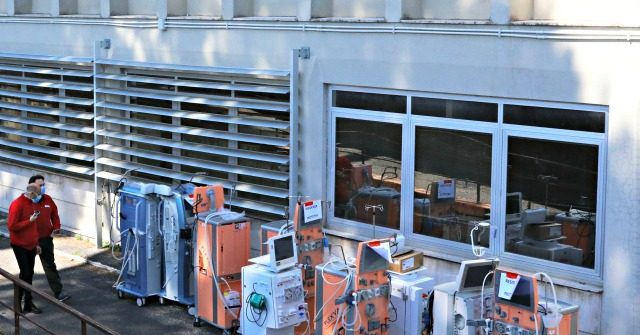 American manufacturers fear they are being passed over for contracts to help make essential medical supplies by multinational corporations like General Motors (GM) in favor of more outsourcing to China in the midst of the Chinese coronavirus crisis.

Last weekend, President Trump invoked the Defense Production Act (DPA) to have GM begin the production of ventilators. On Monday, Ford announced its partnership with GE Healthcare to produce 50,000 ventilators in Michigan in 100 days.

Joe Padula, the President of the Tooling, Manufacturing & Technologies Association (TMT), told Breitbart News that the roughly 250 small to medium-sized manufacturers he represents in and around southeast Michigan have yet to secure contracts to help produce supplies necessary to fighting coronavirus.

“We really feel like we’re being left out of here,” Padula said. “They’re still sourcing out of China.”

A majority of the manufacturers who responded to the survey said they have the capability of manufacturing ventilator parts. Padula told Breitbart News his members are also able to help produce masks and circuit boards but he is not aware of any confirmed contracts for them to do so.

One medical device contract manufacturer said they have not been approached by any of the leading ventilator corporations, Ford, or GM to help supply parts for ventilators.

Instead, industry insiders say corporations are still outsourcing to China, as well as India.

“They’re still trying to go out to China to make this stuff,” an industry insider told Breitbart News. “Even now, American manufacturers are a last resort.”

“They’re taking this stuff to China or Turkey or wherever is cheapest and making expensive, time-consuming ventilators,” they said.

The manufacturers point to a design released by MIT researchers that they say is viable, a ventilator for just $100. Padula said his members need contracts and purchase orders from either the federal government or corporations to even begin producing these components to build the ventilators.

“All the components of the MIT design can be made by [American manufacturers],” Padula said. “To see it sourced out of China would be heartbreaking.”