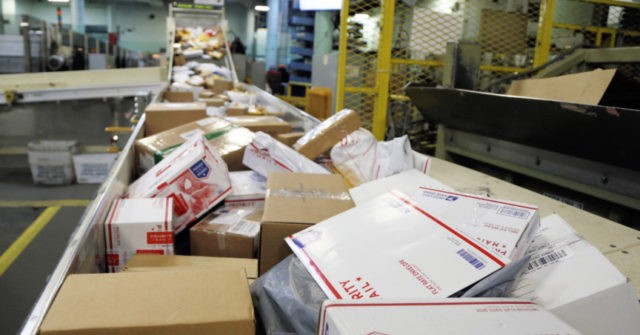 The National Association of Letter Carriers reports that about 2,000 U.S. Postal Service workers are in quarantine over concerns that they were exposed to the coronavirus, with some 60 already testing positive.

More than 630,000 people are employed by the U.S. Postal Service, NJ.com reported:

Mail delivery is considered an essential service, so post offices remain open and letters and packages continue to be delivered even as other businesses shut down and residents stay at home. But as the pandemic continues to spread, some postal workers say the don’t have enough of the cleaning supplies and sanitizers they need to work safely.

“Any failure of the USPS to keep its workers safe not only puts their employees at risk, but also threatens each of the communities they serve,” Sen. Cory Booker (D-NJ) and ten other Democratic members of the New Jersey congressional delegation recently wrote to Postmaster General Megan Brennan.

The lawmakers are echoing concerns the union has expressed.

“In some places, all of these things are being done,” union president Fredric Rolando said in a statement. “However, in too many places they are not.”

The union said that about half of the 2,000 workers are voluntarily self-quarantining, while others in some places have been ordered to stay at home by public health officials, according to NJ.com.

George Flood, a spokesman for the Postal Service’s Northeast area, said in the report:

We are encouraging healthy behaviors and protocols including frequent hand washing, use of sanitizers, and additional cleaning of work spaces, and are encouraging any employee who feels they are sick to stay home. We are offering liberal leave and have worked with our postal unions to temporarily expand leave options for our employees.

“The Postal Service has said that the mail itself is safe,” NJ.com reported.

“There is currently no evidence that COVID-19 is being spread through the mail,” said Flood, citing the Centers for Disease Control and Prevention, World Health Organization and the U.S. Surgeon General as backing his claim.