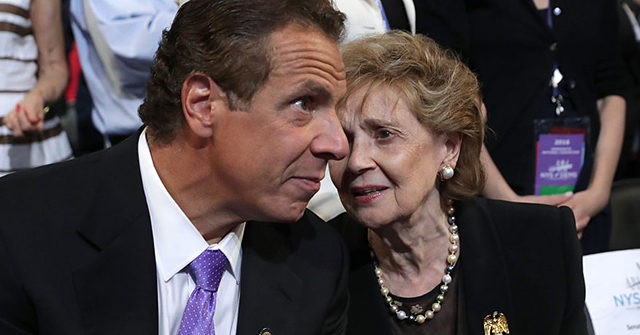 Gov. Andrew Cuomo on Tuesday told New Yorkers that his brother, Chris Cuomo, who recently tested positive for coronavirus, could have infected their mother, Matilda Cuomo, with the disease.

Andrew said that his mother, age 88, was at Chris’s house two weeks ago.

“I said, ‘That was a mistake,’” the governor recalled during his press conference Tuesday. “I said, ‘Chris, you can’t have mom at the house,’ and he said, ‘No, no, no. Mom is lonely. She wants to be at the house. I feel bad she’s cooped up in the apartment.’”

Andrew recalled that he told his brother, “You bring her to the house, you expose her to a lot of things.”

He said that his discussion with his brother helped him realize he needed to detail specific guidelines for older residents, prompting him to create “Matilda’s Law.”

“Love sometimes needs to be a little smarter than just reactive, and we had a whole discussion,” he recalled.

The governor said that if his mother were still at his brother’s house, she would now likely be sick with the virus.

“If my brother still had my mother at his house, again, out of love and comfort … it would have seemed great and harmless, but now we’d have a much different situation.”

Andrew defended his brother as smart and informed but noted that as an “essential” worker at CNN he ran a higher risk of getting the virus.

Andrew also described his brother Chris as a “sweet guy” despite his demeanor on television.

“In his job he’s combative and he’s argumentative and he’s pushing people, but that’s his job. That’s really not who he is; he’s a really sweet, beautiful guy and my best friend,” he said.

He also praised his brother’s sense of humor.

“But a sweet guy and now he’s quarantined down in the basement, but he’s funny as hell. He says to me, ‘Even the dogs won’t come downstairs.’”