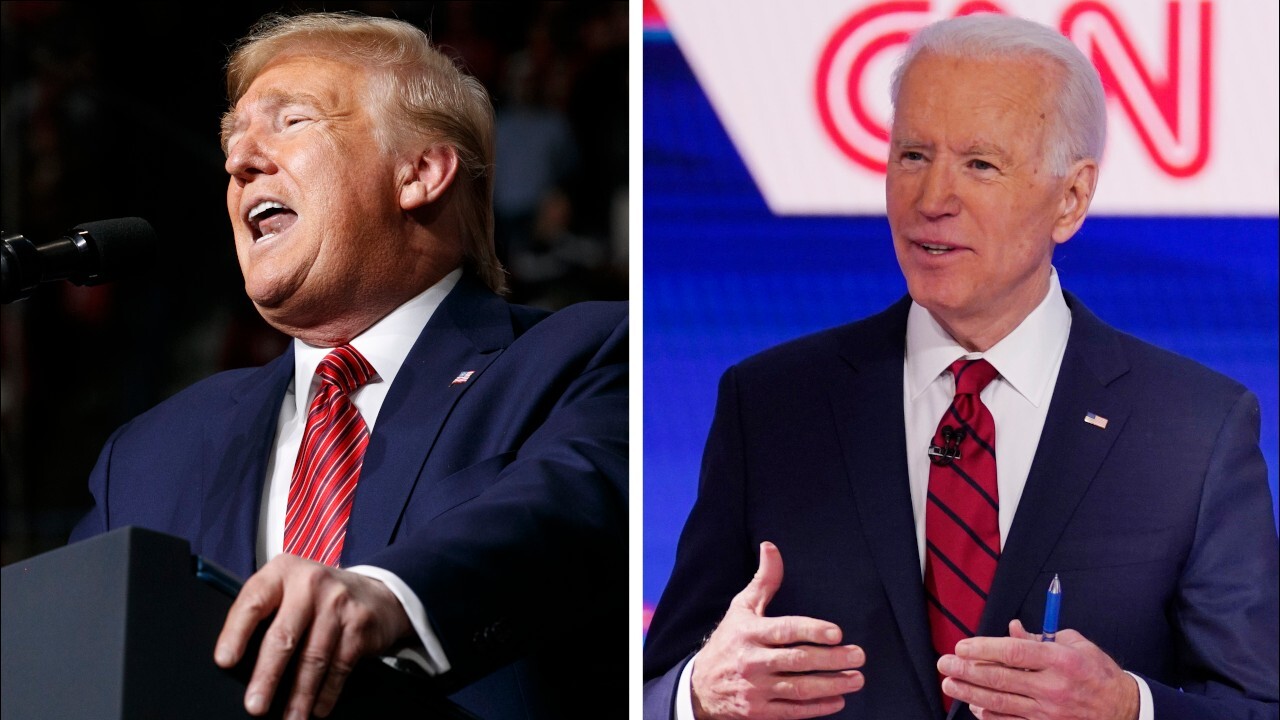 In a head-to-head presidential match-up, Biden is up by 49-40 percent over Trump, a lead that is outside the poll’s margin of sampling error. Another 11 percent would vote for someone else or are undecided. That’s all according to the latest Fox News poll.

“His denial at the beginning was deadly. His delaying of getting equipment … to where it is needed is deadly,” Pelosi charged over the weekend as she criticized the president’s early actions in combating the outbreak of the virus.

Asked during a CNN interview on Tuesday if he agreed with Pelosi’s allegations that Trump’s initial actions cost American lives, the all-but-certain Democratic presidential nominee said: “President Trump is not responsible for the coronavirus but he [is] responsible for using all the power at his disposal to be able to deal with this virus.”

The former vice president emphasized that Trump has “been very slow to act.”

Biden also stressed that “many of the things he [the president] says are simply not accurate.”

“Yesterday he was talking to a bunch of governors on the telephone and he said the first time he heard about needing more tests was on that telephone. Well, come on. I don’t know where he’s been. He’s standing at the podium every single day, speaking to all those experts. We badly need more tests,” Biden said as he referred to audio obtained by The New York Times in which the president — during a conference call with governors — said that he had not “heard about testing in weeks.”

Biden added that “the things he says don’t seem to comport with what everybody else knows. And I wish he’d listen more to the scientists and think less about the political consequences.”

The president and his re-election team have repeatedly pushed back on criticism that he initially downplayed the severity of the virus and was slow to act, highlighting the move at the end of January to block travelers from China from entering the U.S. And the campaign stresses that “President Trump is getting the job done, no matter what it takes.”

THE LATEST FROM FOX NEWS ON THE 2020 PRESIDENTIAL CAMPAIGN

And the campaign released a list from non-partisan fact-checkers poking holes in Biden’s criticism of Trump’s handling of the coronavirus outbreak.

As Fox News’ Madeleine Rivera reports, in the video, Biden praises the doctors, nurses, health care workers, first responders, firefighters, police who are on the frontlines in the battle against the coronavirus.

“This is a war. These are our soldiers,” Biden emphasizes.

But he spotlights that many are “putting their lives on the line every day, often without the protective equipment they need and deserve, yet still they don’t stop.”

In an indirect jab at the president over the numerous complaints that the federal government been slow to send facemasks and other protective gear desperately needed by hospitals, Biden said “as president, I wouldn’t send an American soldier anywhere in the world without the equipment and protection they need. We should not do any less for the heroes on the front lines in this battle we’re in now.”

A new ad by the pro-Biden super PAC “Unite the Country” is much more direct in targeting the president. The 30-second spot uses news clips to claim that Trump was “very slow to move on this virus.”  At the end of the spot, Trump’s response is labeled a “failure.”

The group says the new commercial is the second in their seven-figure national ad buy.

A longtime leading champion of ending the gender pay gap on Tuesday backed the former vice president’s bid for the White House.

Lilly Ledbetter – who endorsed Biden – made her announcement on Equal Pay Day, the symbolic day which marks how far into a year the average woman has to work to earn what the average man made in the previous year.

“I know Joe Biden. He understands what it’s like to be a single parent. And, he will fight for equal pay and working women, just as he always has,” the 81-year old Ledbetter emphasized in a statement. “That’s why I am proud to endorse him to be our next president.”

After winning a pay discrimination suit against former employer – Goodyear Tire and Rubber Company – Ledbetter became a leading figure in the push for equal pay, and increased her efforts after the Supreme Court overruled the decision. The first bill signed into law in 2009 by then-President Barack Obama was the Lilly Ledbetter Fair Pay Act.

Women make approximately 80 cents for every dollar earned by men, according to data from the National Women’s Law Center.

With the coronavirus pandemic forcing social distancing and keeping most Americans in their homes in hopes of preventing a spread of the virus, House Speaker Nancy Pelosi predicts that “in terms of elections, I think we’ll probably be moving to vote by mail.”

Pelosi had pushed for $4 million in the $2 trillion stimulus bill signed into law last week by President Trump. The measure – aimed to help workers, small businesses, and large companies devastated by the shutting down of much of the nation’s economy due the pandemic, as well as provide aid to hospitals on the front lines in the crisis — included $400 million to help states move toward mail-in voting.

“We wanted to have more resources in this third bill that was just signed by the president to get those resources to the states, to facilitate the reality of life: that we are going to have more vote by mail,” Pelosi said Tuesday in an interview on MSNBC’s “Morning Joe.”

The speaker added that she hopes “that we would also have some funding, which was rejected, for the Postal Service, which (will) implement the vote by mail.”

“The integrity of the election system is central to our democracy. How anyone could oppose our enabling the states to have vote by mail raises so many other questions, but let’s just be hopeful and have public opinion weigh in on that,” Pelosi stressed.

Many lawmakers, as well as election advocates, are warning that if states don’t receive federal assistance to move away from in-person voting, there could be low turnout and disruptions in November’s general election.

The coronavirus outbreak has already upended the presidential nominating calendar, with many states postponing their remaining contests.

Mail-in voting was already the default option for three states that are scheduled to hold contests on April 4: Alaska, Hawaii and Wyoming. Now all three states are moving to nearly 100 percent vote-by-mail and are extending the deadlines for ballots to be delivered.

Among the states that have postponed their primaries until June, Georgia and Ohio are spending millions to send absentee ballots to voters.

Currently three states – Colorado, Oregon and Washington – vote only by mail. More than a dozen other states allow mail-in-voting as an option.