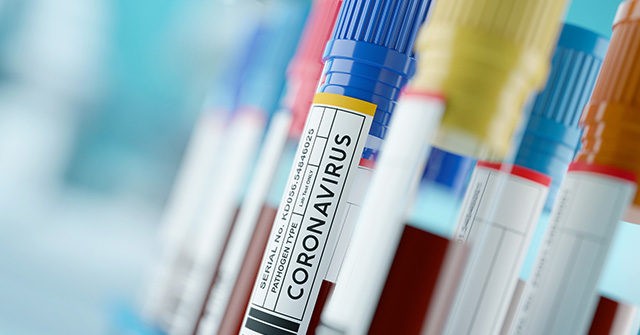 Saphier replied, “People seem to be focusing on the treatments right now, which is absolutely where I feel this should be because it does give us some reason to hope. The most recent thing that has come out is the FDA has done an emergency approval for that combination package that President Trump had mentioned last week, the hydroxychloroquine coupled with the azithromycin.”

“There have been several small studies coming out showing that they have had tremendous benefit in getting people demonstrating severe symptoms, they’re getting them off the ventilators [and] out of the ICU,” Saphier remarked, “Albeit these are very small and somewhat flawed studies, but we haven’t had time for the randomized controlled studies that all of these academics are waiting for. This is what we’re seeing right now on the front lines, and the truth is that people are improving when they take these medications.”

Saphier continued, “The good news is we have a lot of private sector pharmaceutical companies saying that they are going to be giving millions of tablets. However, right now, if you need these medications, they’re in short supply, and that is a concern.”

People should not use medications that have not been prescribed by their doctors, urged Saphier.

“Another concern I have is that people may be taking these medications [when] they don’t need them [and] without the supervision of a physician,” Saphier stated. “Both these two medications, when used separately, are for the most part pretty safe. When they’re used together, they actually can have some risk with them, one being cardiac arrhythmia. It prolongs your QT interval which is essentially electricity in your heart, and they can cause some arrhythmia in the heart. Now, that being said, the vast majority of time these medications are going to be completely safe to take.”

Saphier added, “I have friends that I know that have called me and said, ‘I’m feeling a little bit sick. I really just want to take these medications,’ and just like anything else, we shouldn’t just be taking medications because we want to, or because we’re afraid of something. We take medications when we have a diagnosed illness so we can either prevent the severity of it or just treat the illness altogether.”

Saphier said she is “excited” about research into Lenrolimab as a treatment for COVID-19.

“[Lenrolimab] is an immunotherapy antibody that [shows] a lot of benefit in triple-negative breast cancers, which is one of the most aggressive forms of breast cancer,” said Saphier. “They also tried using it in some HIV patients and saw some benefit, and now they’ve tried it in COVID-19 patients, and they’re seeing some benefits there, as well. Mind you, it’s an extremely small subset. They’ve given it to less than 10 patients, but over half of those patients were quickly withdrawn off the ventilator, or even moved out of the ICU.”

Saphier went on, “It’s really hard to say that this is going to be the this saving grace for anything because it’s only been used in such small amounts, but the good news is we’re trying things and they’re working, all while we’re continuing to socially distance to lessen community spread, all the while while trials for the vaccine are underway as well.”

Increasing use of masks as a preventative measure against coronavirus may give people a false sense of security, estimated Saphier, maintaining the importance of social distancing and frequent hand-washing as the most important habits toward this end.

“Most people are not wearing masks appropriately,” Saphier stated. “So air is still going in and out, and so my concern is that the general public wearing masks everywhere is giving everyone a false sense of security. … Because they’re wearing a mask, they’re not going to be washing their hands every 20 minutes like they are right now, or they’re not going to be respecting the six-feet social distance.”

Estimated forecasts of between 100,000 and 200,000 coronavirus-caused deaths in the U.S. do not account for possible forthcoming improvements to healthcare infrastructure, observed Saphier.

“They’re still big numbers,” said Saphier, “But … they’re a tenth of what they said a month ago when they were saying up to 1.2 million — and although that was likely a scare tactic — that number, we have to remember, it doesn’t factor in the social distancing measures that everyone’s taking right now. That’s just like, it’s a free-for-all, let’s all go to the beach and party and cough on each other, and that’s how you get to 1.2 million.”

Saphier continued, “Even the number of 100,000 to 200,000 deaths are not necessarily taking into effect the treatment medications that are coming out, the increased ventilators, the increased hospital beds, and the increased workforce, as well as the increased [personal protective equipment]. Again, it’s better at this point to continue to give worst-case-scenario numbers, because maybe that will push people to stay inside.”