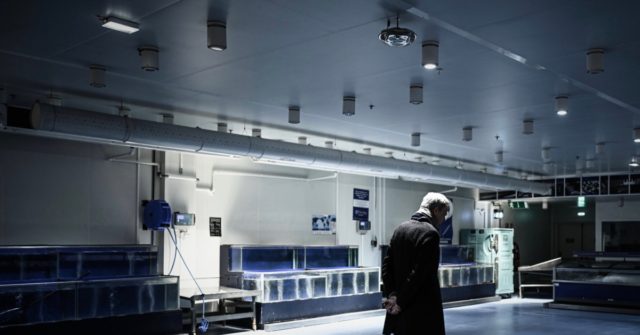 The European Union has lost at least one million jobs since leaders across the bloc locked down their countries in response to the coronavirus pandemic.

The European Trade Union Confederation (ETUC) has revealed that in the past two weeks alone, at least one million people have lost their jobs. In reality, that number is likely much higher, as it does not take into account freelancers and people who work without a contract.

“What we are experiencing at the moment, especially in the last week, is that the number of companies disappearing from the market is increasing dramatically,” said ETUC Secretary-General Luca Visentini, according to Euronews.

“Thousands and thousands of small and medium enterprises that have been locked down will not be able to come back to the market because they are dying. And on the other side, we are witnessing at least one million workers that became unemployed across the different European countries because of the lack of short-time work arrangements or sick pay,” he added.

“Can you imagine what is going to happen after Easter if this situation is not fixed by some emergency measures?” asked Vicentini, warning that “the risk is that it will be triplicate, quadruplicate”.

In Italy, the country hardest hit by the coronavirus pandemic, the government has announced that it will be dedicating €400 million (£358m/$445m) in spending for food vouchers to be given to impoverished citizens. The government has earmarked an additional €4.3 billion relief package for local mayors.

In Spain, the government announced that it would be suspending rental evictions for the next six months and rolled out zero per cent interest rate microcredit loans for those struggling to pay rent in the crisis, reports El País.

“This can be paid back in six years, a time period that can be extended to 10,” said Second Deputy Prime Minister Pablo Iglesias Turrión.

Spain, Italy, and France have called on the European Union to issue so-called “coronabonds” to underwrite the debt accumulated during the coronavirus crisis.

The debt sharing scheme would spread the financial hit throughout the 27 member states. However, the idea has been rejected by Germany, the Netherlands, Finland, and Austria, which believe the system would punish countries who were more prepared to deal with the pandemic.

Europe in Crisis: Nations Across the Continent Grapple with Growing #Coronavirus Pandemic https://t.co/Q8nYng09oB