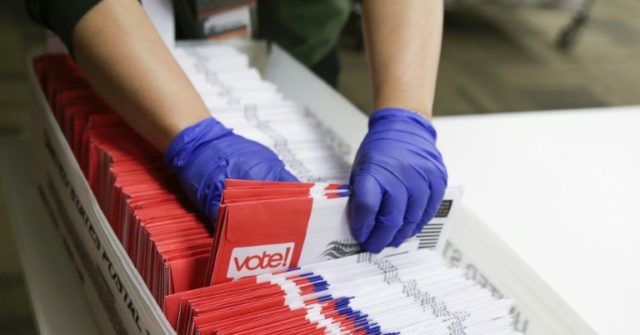 U.S. House Speaker Nancy Pelosi said Friday that vote-by-mail is an “essential” part of protecting America’s democracy and claimed there is “no legitimate argument against enacting it.”

“Vote-by-mail is essential to protecting the future of our democracy as we confront this public health crisis,” Pelosi wrote in a tweet. “There is no legitimate argument against enacting it. #LSSC”

Vote-by-mail is essential to protecting the future of our democracy as we confront this public health crisis. There is no legitimate argument against enacting it. #LSSC pic.twitter.com/WPgOgIivK0

In an interview with CBS News, Pelosi claimed that not supporting vote-by-mail is “not what our founders had in mind” and claimed that the effort would be something Democrats focus on in the next bill.

This is not the first time Pelosi has spoken on the matter pushed by far-left Democrats and many within the mainstream media.

“Vote by mail is so important to … our democracy so that people have access to voting and not be deterred, especially at this time, by the admonition to stay home,” Pelosi told reporters earlier this week.

President Donald Trump rebuked Pelosi’s comments on Friday during the White House coronavirus task force briefing, saying he believes ID should be a requirement to vote in America.

“I think a lot of people cheat with mail-in voting,” Trump said. “I think people should vote with ID, with Voter ID.”

“The reason they don’t want voter ID is because they intend to cheat,” Trump added.

Trump also endorsed voter ID during the conference, adding that it is important for Americans to show up to the polls on Election Day.

“It should be, you go to a booth and you proudly display yourself,” Trump said. “You don’t send it in the mail where all kinds of bad things can happen.”

President Trump also affirmed that “the general election will happen on November 3.”