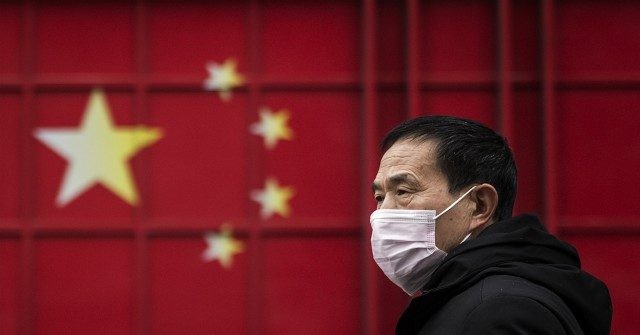 Statistical models attempting to predict the impact of the Chinese coronavirus – used by governments to make critical policy decisions – rely on dubious data from the Chinese Communist Party, Breitbart News confirmed on Friday.

A growing number of experts – including Vice President Mike Pence and members of his coronavirus task force – have questioned the legitimacy of China’s official coronavirus death toll and infection rate.

As of the time this report was submitted for publication on Friday afternoon, China had reported over 3,300 deaths across the entire country, but some reports estimated that the death toll in the city of Wuhan alone, where the virus originated, could be at least 32,000, a figure that is about ten times higher than the official data.

The population of China (1.4 billion) is more than four times larger than that of the United States (329.5 million), yet the Asian giant has confirmed far fewer cases and fatalities linked to the coronavirus, the Johns Hopkins University case tracker showed.

Anonymous members of the American intelligence community allegedly agree that China has been hiding the severity of the viral outbreak within its borders, Bloomberg reported this week.

Amid the ongoing coronavirus pandemic, health officials are relying on computer modeling that takes data and makes predictions to inform and drive the decisions of private businesses and governments across the globe.

The White House-touted model created by the Institute for Health Metrics and Evaluation (IHME) at the University of Washington relies on “an extensive range of information and data source,” including the WHO and “age-specific death rate data from China, Italy, South Korea, and the U.S.” to forecast how the virus will unfold in the United States, Breitbart News learned from the institute.

The Imperial College model that prompted the United States to take severe prevention measures was also able to make its predictions by entering coronavirus infection and death rates from the governments of China, South Korea, and Italy into epidemic modeling software.

Researchers who have made predictions in studies published in medical journals about the mortality rate of the virus have also counted on Chinese data. On March 13, the Hill suggested that epidemiology experts at a non-governmental organization working with a think-tank, a university, and the Centers for Disease Control and Prevention (CDC), built three coronavirus models “based on what they know of its spread in China and the United States so far.”

During the early stages of the epidemic in China that was later deemed a global pandemic by the World Health Organization (WHO), Beijing hid the extent of the viral outbreak, muzzling and jailing whistleblowers and critics in a move that allowed the disease to gain a firm foothold across the world.

Communist China has revised its methodology for counting cases several times. For months, the country ignored asymptomatic cases entirely. This week, it finally claimed to add hundreds of people without symptoms to its tally, still leaving unanswered reports of thousands of urns being distributed in one city alone.

Despite this, American officials have enacted policies, some with devastating economic consequences, based on the models.

Asked about China’s claim in mid-March that there were no new local transmissions in Wuhan, Dr. Birx told Fox News, “At this moment, we would believe those data. I think everyone’s still concerned about why we weren’t alerted earlier.”

Birx has since changed her tune. On Tuesday, Birx condemned the incomplete Chinese data on the viral outbreak, saying it misled experts on the severity of the disease.

“I think the medical community interpreted the Chinese data as that this was serious but smaller than anyone expected,” she declared. “Because I think probably we were missing a significant amount of the data.”

Similarly, Dr. Anthony Fauci, the director of the U.S. National Institute of Allergy and Infectious Diseases and member of the White House Coronavirus Taskforce, told a House panel on March 12 about an infection rate projection, “We really need to be careful with those kinds of predictions because that’s based on a model.”

“All models are as good as the assumptions that you put into the model,” he pointed out.

On Wednesday, U.S. Vice-President Mike Pence pointed out to CNN that to arrive at its projection that 100,000 to 240,000 people could die from the coronavirus illness (COVID-19), the Trump administration is heavily relying on data from Italy, the first Western nation with a high number of cases.

Pence noted that the Trump administration has modeled “what’s happened around the world. We think Italy may be the most comparable area to the United States at this point, for a variety of reasons.”

“At the beginning of this, when it was clear that this was an issue, China knew about it, they were the first country to know about the risk to the world from this virus, and they repeatedly delayed sharing that information with the globe,” Pompeo proclaimed in late March.