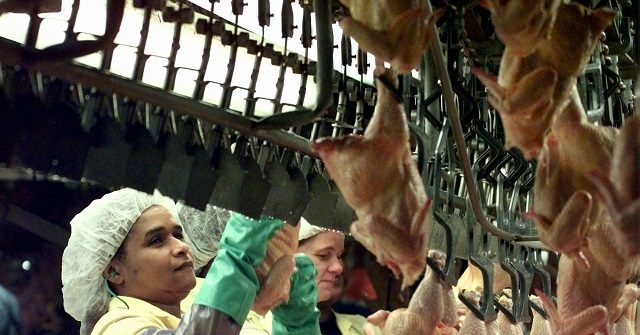 The United States does not need any more foreign labor imported for businesses during record joblessness as a result of the Chinese coronavirus crisis, Sen. Tom Cotton (R-AR) says.

This week, Department of Homeland Security (DHS) officials announced they were halting a plan to bring in an additional 35,000 H-2B foreign visa workers “due to present economic circumstances” wherein about 10 million Americans have filed jobless claims in the midst of the Chinese coronavirus crisis.

Cotton praised the decision after warning Acting DHS Secretary Chad Wolf against increasing the number of H-2B foreign visa workers admitted to the U.S. back in January. In a statement, Cotton said the U.S. should be focused on the millions of unemployed Americans rather than importing additional foreign workers to deliver to the business lobby:

With record numbers of Americans filing for unemployment, our focus should be getting Americans back to work, not bringing in additional foreign labor. The Department of Homeland Security should continue the hold on additional H-2B visas until we know that Americans have the jobs they need.

Fox News’s Laura Ingraham has asked President Trump’s administration to implement an immigration moratorium that would halt the annual inflow of 1.2 million legal immigrants to the U.S. The moratorium would ensure that unemployed working and middle-class Americans are not forced to compete against cheaper, foreign workers during record unemployment.

While unemployment is expected to continue climbing, the State Department is moving forward with its plan to fast-track H-2A and H-2B foreign visa workers to take agricultural and nonagricultural jobs. Secretary of State Mike Pompeo issued the memo last month, allowing waivers for visa holders to more quickly bring foreign workers to the U.S.