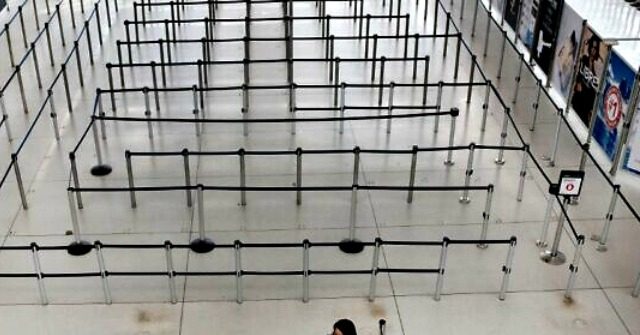 This represents a hairpin turn for airline traffic. In January 2020, air travel in the United States increased for the twenty-eighth consecutive month, with 70.5 million passengers traveling, up 5.6 percent for January 2019 (66.7 million), according to the Bureau of Transportation Statistics. Those figures have been shattered in the wake of the coronavirus pandemic.

Many countries, including the United States, have restricted international travel to stop the spread of the coronavirus, leading to a drastic reduction in both flights and passengers.

The airlines faced losing billions of dollars because of the pandemic, but many will likely weather the storm given the $50 billion appropriated to the industry in the $2 trillion coronavirus relief bill passed by Congress and signed into law by President Donald Trump last month.

But airline shares are not reacting positively to the rescue package, according to Barron’s, which reported on Wednesday that Delta Air Lines (DAL) has dropped 12 percent, United Airlines Holdings (UAL) has fallen 11 percent, and American Airlines (AAL) has declined 8.6 percent. The shares of the three major airlines are down more than 55 percent in 2020.