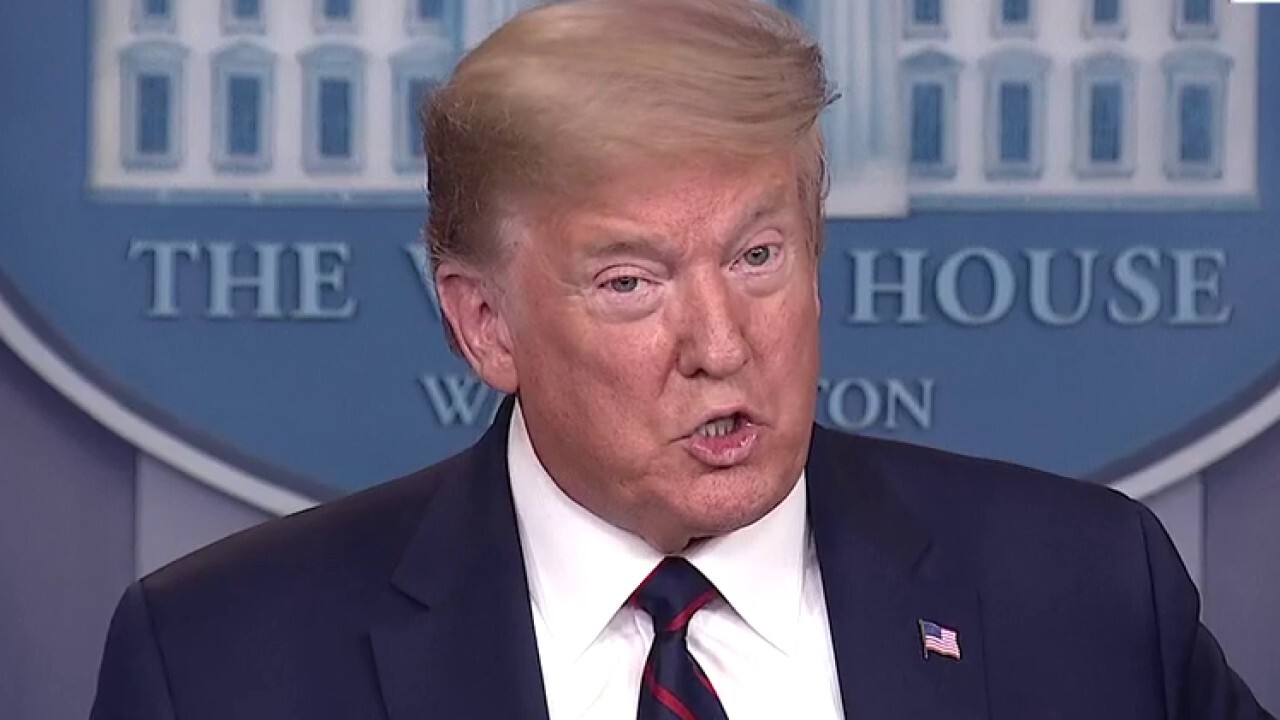 “Trump’s dead of night decision to fire ICIG Michael Atkinson is another blatant attempt to gut the independence of the Intelligence Community and retaliate against those who dare to expose presidential wrongdoing,” said Rep. Adam Schiff, D-Calif., who chairs the House Intelligence Committee.

Trump notified both the Senate and House intelligence committees in a letter that he was removing Atkinson, effective in 30 days.

“Michael Atkinson is a man of integrity who has served our nation for almost two decades. Being fired for having the courage to speak truth to power makes him a patriot,” Schumer said in a statement.

Atkinson’s role in the Ukraine controversy, which quickly mushroomed into an impeachment inquiry and eventual Senate trial — resulting in Trump’s acquittal — began in August.

Atkinson received a complaint from the still unidentified whistleblower about Trump’s July 25 call with Ukrainian President Volodymyr Zelensky. In that call, Trump urged Zelensky to “look into” allegations about Ukrainian interference in 2016, as well as the actions of former Vice President Joe Biden and his son Hunter in the country.

Democrats alleged that Trump’s actions represented a “quid pro quo” for political investigations in return for the unlocking of military aid — a charge Trump denied. The House would impeach him on two articles — abuse of power and obstruction of Congress.

In letters to lawmakers after receiving the complaint in August, Atkinson said he believed the complaint was “urgent” and “credible.” But the acting director of national intelligence at the time, Joseph Maguire, said he did not believe it met the definition of “urgent.”

Trump eventually released a copy of the complaint, as well as a partial transcript of the July 25 call.

On Friday, House Speaker Nancy Pelosi called Atkinson’s firing “shameful” and a “brazen act against a patriotic public servant who has honorably performed his duty to protect the Constitution and our national security, as required by the law and by his oath.”

“This latest act of reprisal against the Intelligence Community threatens to have a chilling effect against all willing to speak truth to power. The President must immediately cease his attacks on those who sacrifice to keep America safe, particularly during this time of national emergency,” she said.

In January, Fox News reported that Atkinson was being investigated by Republican members of the House Intelligence Committee for his handling of the Ukraine matter. A source told Fox News that Republicans are also looking at the veracity of Atkinson’s testimony about the whistleblower complaint; and the explanations he offered for changes made to the ICIG’s guidance on accepting second-hand information.