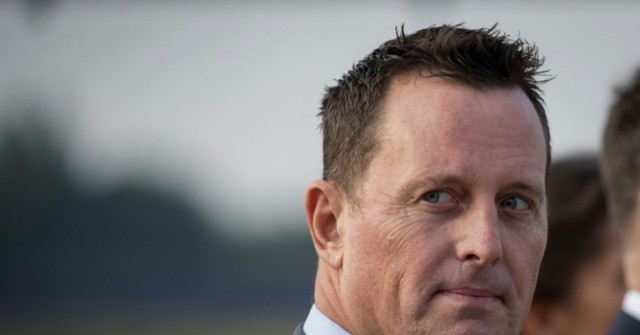 U.S. Director of National Intelligence (DNI) Richard Grenell is streamlining the “bloated bureaucracy” that is the intelligence community in a bid to make it more efficient in tackling the threats confronting America, a former CIA station chief told Breitbart News on Saturday.

Grenell is reportedly overhauling the ODNI, which is in charge of the U.S. intelligence community.

“I’m pretty strongly in favor of what the administration is doing in this case,” he said.

Hoffman pointed out that outside the “bloated” ODNI and its National Counter-Terrorism Center (NCTC) component, the intelligence community does not have enough intelligence officers to do the job of protecting America.

The NCTC had so many people that they were duplicating the mission of other intelligence community entities like the CIA and FBI, he explained, adding:

What Director Grenell and the team are doing is sending people back to their home offices. They’re reducing the numbers in the DNI and the NCTC, and that’s the right thing to do, because we need those people to be doing their job and to give some other folks a break so they can do other things like training.

The actions of the Trump administration are “going to bring much-needed efficiency to our work,” Hoffman declared.

He pushed back against allegations from the left that Grenell is politicizing ODNI with the staffing changes, saying that overall, intelligence officers are “passionate” and do not have “predisposed bias.”

Hoffman also accused John Brennan, a former CIA director appointed by former President Barack Obama and an MSNBC contributor, of bloating the intelligence community and making it less efficient when he served in one of the ODNI components.

Brennan is “more of an ideologue than he is an intelligence officer. He sees the world a certain way, and he tries to comport the facts to fit his vision,” Hoffman proclaimed, noting that the former CIA director has lied about Trump.

“The DNI had grown so much into a bloated bureaucracy, and Brennan started it when he was director of the precursor to the NCTC, the Terrorist Threat Integration Center,” Hoffman explained. “He ballooned that up far greater than anyone had envisioned. And so the DNI effectively was making the intelligence community less efficient.”