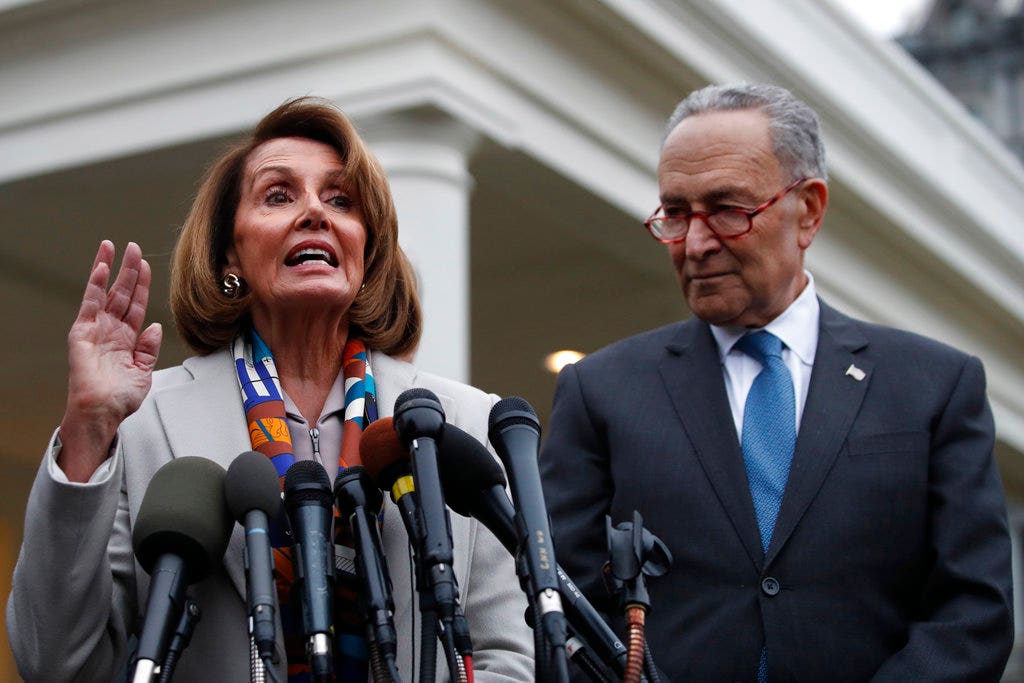 In a pair of statements released Saturday, the two powerful congressional Democrats blasted Trump’s Friday night announcement that he’s picking Brian D. Miller of Virginia to become Special Inspector General for Pandemic Recovery, which will oversee the implementation of the $2.2 trillion stimulus program.

“This oversight position, which will be responsible for overseeing hundreds of billions of taxpayer dollars, requires complete independence from the president and any other interested party to assure the American people that all decisions are made without fear or favor,” Schumer, D-N.Y., said. “To nominate a member of the president’s own staff is exactly the wrong type of person to choose for this position.”

Congressional Democrats were very skeptical of the giant stimulus program to help struggling businesses hard hit by the coronavirus and insisted on several measures to make sure billions doled out to businesses are spent wisely and audited. Among the provisions was $25 million to created a new Special Inspector General for Pandemic Recovery to be an independent check on the Department of the Treasury’s loan program.

“The Inspector General providing oversight of the federal response of this historic relief package for workers and families must be independent from politics,” Pelosi, D-Calif., said Saturday. “The president’s nomination of one of his own lawyers clearly fails that test.”

When Trump signed the stimulus bill into law, he included a signing statement that said the inspector general could file reports to Congress only with “presidential supervision,” angering Democrats who believe Trump is trying to undo their purposeful checks on his Administration.

“Clearly and sadly, the President intends to double down on his signing statement promise to disregard key oversight provisions that hold the Administration accountable to the law,” Pelosi said. “This nomination makes even more urgent the need for the bipartisan House Select Committee on the Coronavirus Crisis, which will ensure that taxpayer dollars are being used wisely and efficiently to help workers and not to be exploited by profiteers and price-gougers.”

Miller currently serves as Special Assistant to the President and Senior Associate Counsel in the Office of White House Counsel. He was nominated by President George W. Bush in November 2004 to be the Inspector General of the General Services Administration (GSA) and the Senate confirmed him by unanimous vote in 2005.

Miller would have to be confirmed again by the Senate.

The White House in a statement Friday touted Miller’s previous oversight experience at GSA “for nearly a decade, where he led more than 300 auditors, special agents, attorneys, and support staff in conducting nationwide audits and investigations.”

“As Inspector General, Mr. Miller reported on fraud, waste, and abuse, most notably with respect to excesses at a GSA conference in Las Vegas,” the statement said.