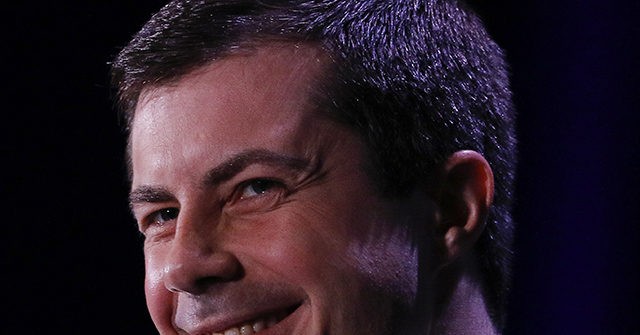 Former Mayor Pete Buttigieg on Friday formally rolled out his latest project, the Win the Era PAC, designed to raise money and support Democrats down the ballot in November.

“Our nation and world are in a period of upheaval right now, which will make it more important than ever to support and elect good leaders this November and into the future,” Buttigieg said in his announcement.

“I’m pleased to share that Win the Era PAC is a new way for us to make a positive impact,” he continued:

We’ll be rolling out a series of endorsements—but many of America’s most promising emerging leaders are not always well known, so I’d love to hear from you.

Are you supporting a candidate (for any office) who we should pay attention to? Tell us here: https://t.co/fVn7Cafnbq

“This is not only a question of replacing the current president and doing away with the division and cruelty that have characterized the Trump era, but also ensuring we have strong leaders at every level of government,” he told supporters in an email.

The former presidential hopeful added that the PAC will soon roll out a series of endorsements for those who match the PAC’s criteria. It reportedly has five areas it will analyze when considering an endorsement, including “generational change, representing a diverse cross section of the country, running in a typically conservative area, proposing ‘meaningful, bold policies’ and running ‘for the right reasons,’” according to the Hill.

“This is a big part of how we’ll continue the work we started with the campaign, and it’s only possible because of your hard work and our shared vision for the country,” Buttigieg told supporters in the email.

“I have encountered extraordinary leaders during my time in office and campaigning, and look forward to supporting many of them,” he added.

Buttigieg, who spent more than $75 million on his failed presidential campaign, reportedly had $2.8 million in general election funds left over. His campaign is now asking donors to divert the donations to the Win the Era PAC.