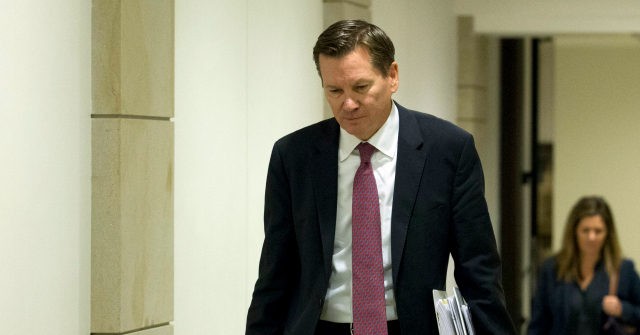 “It is vital that I have the fullest confidence in the appointees serving as Inspectors General,” the letters said. “That is no longer the case with regard to this Inspector General.”

The letter also said the order takes effect in 30 days.

The complaint eventually led to Trump’s impeachment in the House and acquittal in the Senate.

NBC reported on the development, including criticism of Trump’s decision:

Two Congressional sources told NBC News Atkinson was informed Friday night that Trump had fired him, and he has been placed on administrative leave effective immediately.

The statute technically requires that both intelligence committees be notified by Trump 30 days before the effective date of the IG’s removal, and placing him on administrative leave is being viewed by Congress as a way to effectively circumvent this requirement and sideline him right away.

Atkinson is a Trump appointee who was confirmed by the Senate in 2018. He is a career Department of Justice prosecutor.

Trump said he will submit to the Senate his nomination for a replacement at a later date, according to NBC.