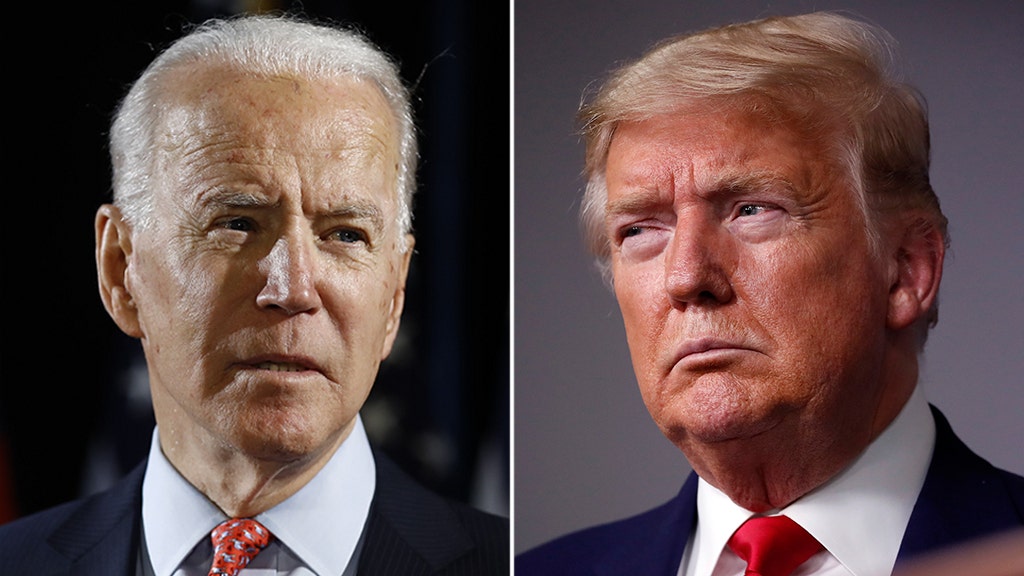 President Trump on Saturday dismissed a critical tweet from Joe Biden, saying the former vice president couldn’t have authored the post because “he doesn’t write.”

Biden tweeted Saturday just before Trump’s White House coronavirus briefing began that Trump wasn’t responsible for COVID-19, “but he is responsible for failing to prepare our nation to respond to it.”

When asked about the tweet during the press briefing, Trump said a “Democratic operative” wrote it and implied Biden wasn’t capable.

“He doesn’t write. He’s probably not even watching right now,” Trump said of the televised daily briefing. “And if he is, he doesn’t understand what he’s watching.”

TRUMP WARNS OF ROUGH WEEK AHEAD: ‘THERE WILL BE DEATH’

The Twitter-prolific president added: “Biden didn’t write that, he wished he did, but he didn’t.”

Earlier in the briefing, Trump had kinder words for Biden.

He acknowledged the former vice president is the “probable” 2020 Democratic nominee and said he “appreciates” Biden’s “support” for the travel ban he enacted from China at the start of the coronavirus outbreak. Trump said it was “very nice” to hear Biden’s backing Friday, especially since he took a lot of heat as being “xenophobic” and “racist” at the time he enacted the ban to slow the spread of the virus, Trump said.

Biden‘s campaign on Friday told CNN that Biden backs Trump’s restrictions on travel from China amid the global coronavirus pandemic.

“Science supported this ban, therefore he did too,” she told the outlet.

The Biden campaign did not immediately respond to Trump’s latest criticism of the tweet, but the campaign continued to make the case that Biden is better prepared to handle the global pandemic.

“When Donald Trump was disregarding warning after warning and misrepresenting the dangers the coronavirus posed to the American people, Joe Biden was sounding the alarm about this historic threat,” Andrew Bates, the Biden campaign’s rapid response director, said in a statement.

Bates continued: “When Donald Trump was gullibly praising China’s handling of the crisis, Joe Biden publicly urged him not to buy their spin. Now there are more coronavirus cases in the United States than any country in the world, and we’re losing jobs at record speed. The American people deserve to see competence, empathy, and strength in the Oval Office again.”