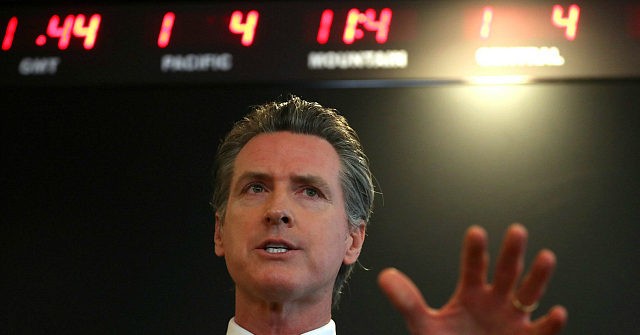 California Gov. Gavin Newsom took responsibility for the state’s backlog in coronavirus testing on Saturday, and assured residents the number had been significantly reduced.

In a video shared to his Twitter account, the governor said 126,700 residents had been tested for the coronavirus but added that more needed to be done.

We have just now 13,000 tests out of the 126,700. Thirteen thousand are waiting for results, so we have substantially reduced that backlog. A lot of that had to do with the commercial labs stepping up and we congratulate them for their good work, and also, as it relates to again the frustrating issue around data collection when one of our largest counties in the state that was providing that data but not in the real time that you deserve, and so again, I own that. You deserve better and more, and we are going to do just that as we try to meet this moment.

“We actually peaked at about 59,500 individuals that were pending and waiting test results, many for as, many, well for 12 days. All of that frustrating you, certainly frustrating me,” he stated.

Newsom also announced a state partnership with UC Davis and UC San Diego, with the intent of establishing more testing sites and increasing the state’s capacity for testing its residents, according to ABC 7.

“The approach is a comprehensive one, geographically considered,” he commented.

Saturday, California reported 12,026 positive cases of the disease, which was an increase of 12.4 percent since Friday.

Recently, the San Diego County Sheriff reported issuing 22 citations to people near the beach in Encinitas for not adhering to the state’s stay at home order.

Even though Newsom stepped up enforcement of the order and many public areas have been closed, he warned residents to obey local authorities’ directives to prevent further spread of the virus.

“The state is always prepared to do more. I just want to encourage people, don’t force our hand in that respect,” he said, adding, “We cannot allow cabin fever to come in. We cannot allow people to start congregating again.”