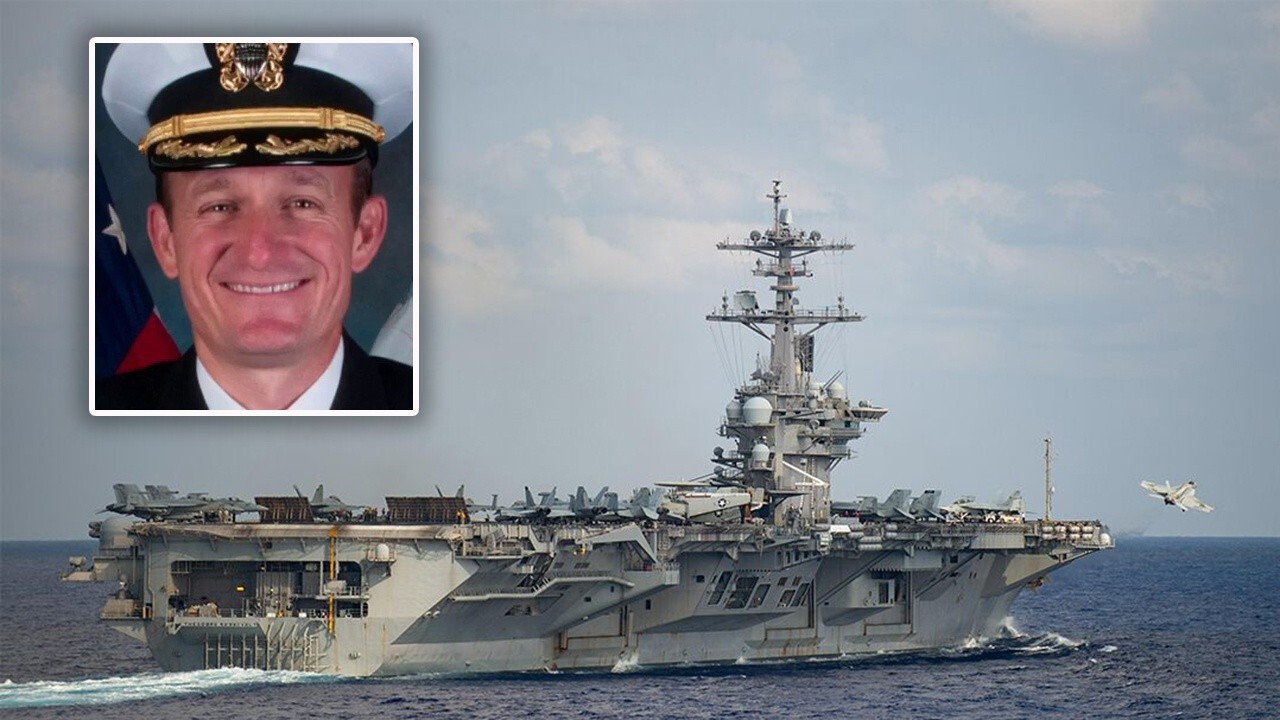 The captain relieved of command of the USS Theodore Roosevelt after warning of an outbreak of the coronavirus on his ship has tested positive for the virus, a U.S. defense official told Fox News on Sunday.

The Navy ousted Capt. Brett Crozier, 50, after he authored a letter warning that the outbreak of the sometimes-deadly virus had created a dire situation on the carrier.

The letter ended up in the hands of a San Francisco Chronicle reporter who first reported its contents last week.

Crozier had started showing COVID-19 symptoms before he was removed from the warship last Thursday, The New York Times first reported, citing two Naval Academy classmates of Crozier’s close to him and his family.

Acting Navy Secretary Thomas Modly ordered Crozier to step down, citing a failure to follow the Navy’s chain of command. He accused Crozier of inciting “panic” with the letter.

OUSTED CAPTAIN OF USS ROOSEVELT FACES FURTHER DISCIPLINE, DESPITE SUPPORT OF CREW AND PETITION FOR REINSTATEMENT

This past Saturday, President Trump said at the White House coronavirus briefing that he backed Modly’s decision.

“He shouldn’t be talking that way in a letter,” Trump said of Crozier. “I thought it was terrible what he did.”

Navy officials said some 155 sailors on the Theodore Roosevelt have tested positive for COVID-19. The carrier has been docked in Guam.

Viral video captured hundreds of sailors cheering Crozier as he departed the ship to await reassignment by the Navy.