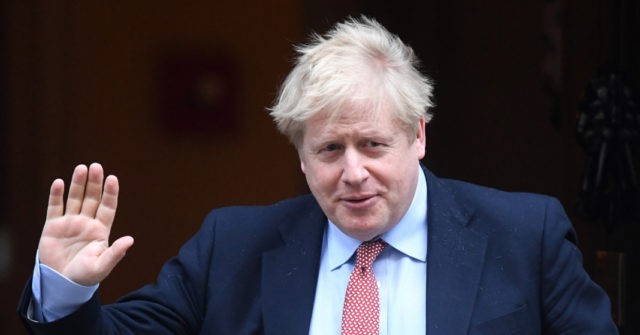 UK Prime Minister Boris Johnson has been admitted to hospital for tests over his infection with coronavirus, ten days after he was first diagnosed.

The official office and residence of the UK Prime Minister, 10 Downing Street, announced the hospitalisation late Sunday, an hour after the British head of state Queen Elizabeth II addressed the nation from Windsor Castle. A statement from Downing Street said the admission to hospital of the Prime Minister was as “precautionary step” for further tests after he tested positive for the virus on March 27th.

Mr Johnson made an address to the nation through social media earlier in the week, while looking visibly dishevelled reported most of his coronavirus symptoms had gone, he still had a high temperature. The Downing Street press release confirms he is still suffering from that high temperature.

Another quick update from me on our campaign against #coronavirus.

You are saving lives by staying at home, so I urge you to stick with it this weekend, even if we do have some fine weather.#StayHomeSaveLives pic.twitter.com/4GHmJhxXQ0

Emphasising that the Prime Minister has not been incapacitated, Downing Street said Mr Johnson remained in control of the government. The development follows the PM nominating a member of the cabinet ‘designated survivor‘ to assume his duties should he be unable to execute them — foreign secretary Dominic Raab, a prominent Brexiteer.

The Prime Minister’s live-in girlfriend Carrie Symonds, who is pregnant with Mr Johnson’s child, has also been reported to have had coronavirus symptoms and is recovering.

The health secretary Matt Hancock, the government minister responsible for the UK’s response to coronavirus was diagnosed with the virus himself on March 27th but recovered within days. After the mandatory isolation period, he returned to work and has been fronting government press conferences.

The heir to the British Throne Prince Charles has also tested positive, and subsequently recovered from coronavirus.