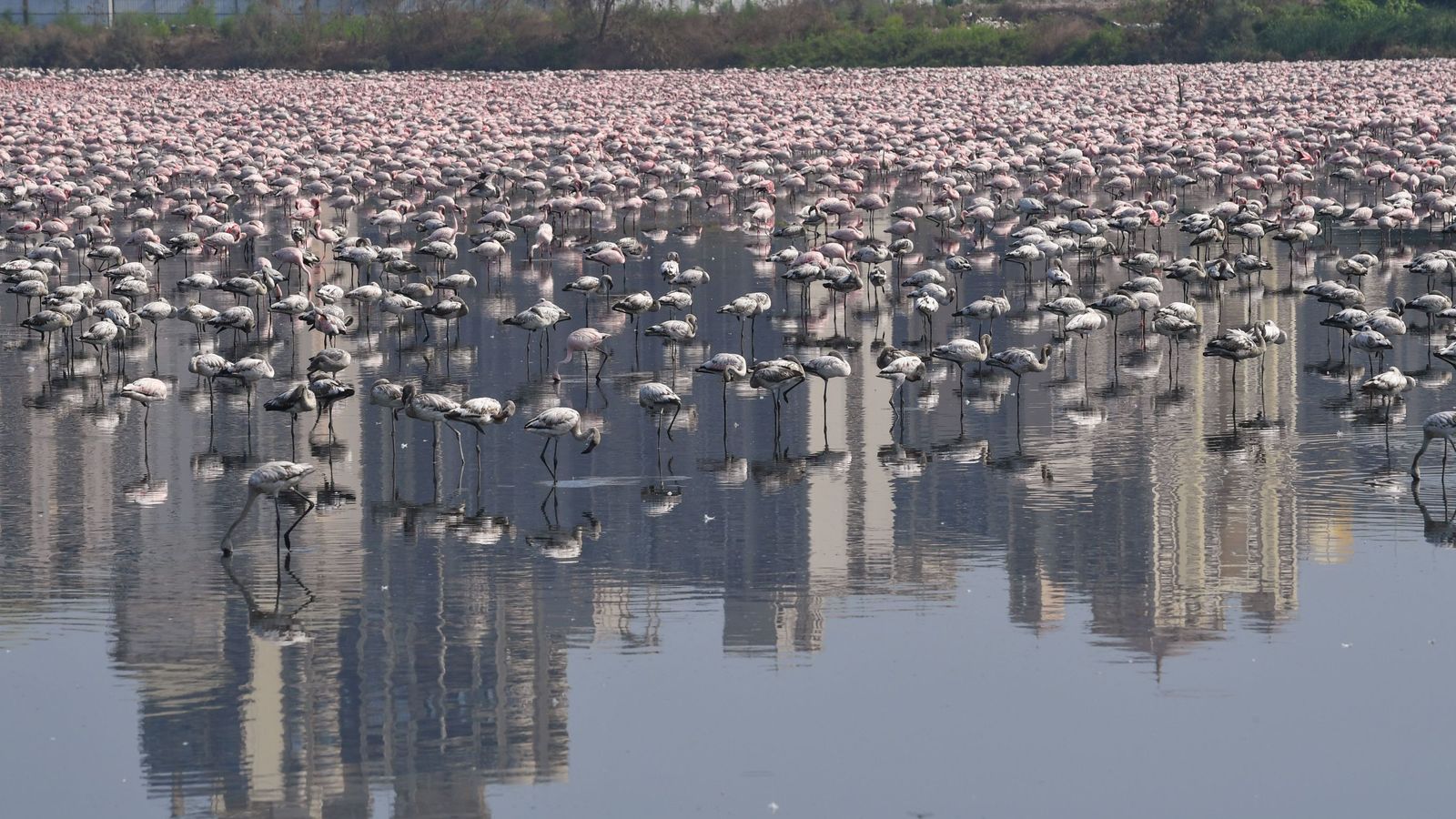 As Mumbai’s humans are told to stay at home, the flamingos are taking over the city.

Millions of the city’s human residents are at home to limit the spread of COVID-19, which has killed more than 235,000 people worldwide.

But tens of thousands of flamingos have arrived to turn the lakes and wetlands pink.

Flamingos are among the migratory birds that come to southern and western India’s coastal regions after their breeding cycle of mating.

But it is rare to see them arrive in such numbers.

Clearer skies, quieter streets and cleaner air are thought to have made the usually polluted city more attractive to bird life.

The environmental changes brought on by so many countries being in lockdown have seen a number of photos showing animals roaming streets.

Ducks have been seen wandering along the roads of central Paris, deer in urban Japan, pumas in Chile, peacocks in Dubai, cows sitting on beaches in Corsica, and mountain goats in the Welsh town of Llandudno.