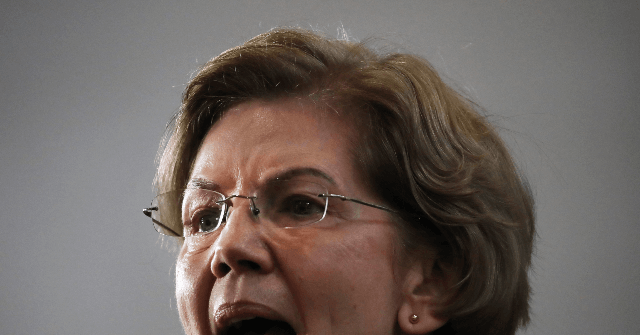 “William Barr is not the President’s lawyer – he is the country’s lawyer. His political interference is blatantly corrupt and he should resign,” Warren wrote on Twitter.

William Barr is not the President’s lawyer – he is the country’s lawyer. His political interference is blatantly corrupt and he should resign.

Earlier Thursday, the DOJ moved to dismiss its case against Flynn, who pleaded guilty to making false statements to the FBI about his communications with top Russian diplomat Sergey Kislyak following President Donald Trump’s election in 2016. Flynn pleaded guilty in 2017 in special counsel Robert Mueller’s investigation into now-debunked collusion between Moscow and the Trump campaign.

In January, the DOJ altered its sentencing recommendation for Flynn from probation to six months in jail, prompting the former Trump official to withdraw his guilty plea, citing prosecutors breaking their plea agreement.

Today’s decision comes after handwritten notes written by FBI officials questioned whether the “goal” was “to get [Flynn] to lie, so we can prosecute him or get him fired.”

Prior to the filing being made public, prosecutor Brandon Van Grack moved to withdraw from the case.

A couple of months ago, President Trump said he was “strongly considering” pardoning Flynn, suggesting that the FBI and Justice Department lost records related to the case.

Speaking to reporters Thursday in the Oval Office, the president described Flynn as “an innocent man,” “a great gentleman.”

“And I hope a lot of people are going to pay a big price, because they’re dishonest, crooked people. They’re scum, and I say it a lot, they’re scum, they’re human scum. This should never have happened in this country.”

Trump also criticized the media coverage of Flynn’s case and the Russia investigation, calling on journalists to give back their Pulitzer Prizes.