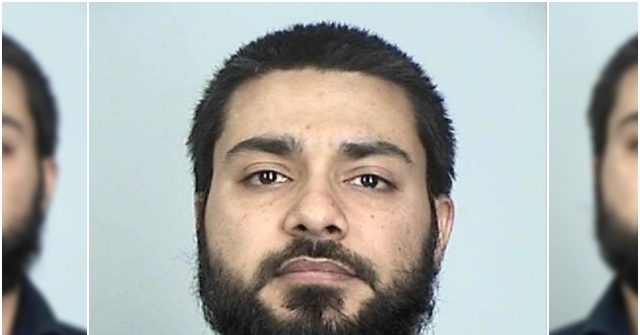 A Pakistani doctor, admitted to the United States through the H-1B visa program, wanted to attack Americans for the Islamic State (ISIS), federal agents say in a criminal complaint.

Muhammad Masood, a 28-year-old Pakistani national, first arrived in the U.S. in February 2018 after he was able to secure an H-1B visa — the visa program whereby more than 100,000 foreign workers are brought to the U.S. every year and are allowed to stay for up to six years. There are about 650,000 H-1B visa foreign workers in the U.S. at any given moment.

Masood worked as an H-1B visa holder “research coordinator” at a medical clinic in Rochester, Minnesota.

According to a criminal complaint by federal agents with the Department of Justice (DOJ), Masood repeatedly stated his wanting to commit terrorism on Americans for ISIS while in the U.S. on his H-1B visa.

“[Masood] indicated … because he was currently in the United States, ‘sometimes I want to attack [the] enemy when I am behind enemy [lines] itself’ because ‘not many people [can] even reach here to attack,’” the criminal complaint states. “Discussing his travel to [commit jihad for ISIS], [Masood] noted that he will lose the chance to conduct an attack in the United States: ‘I wonder if I will miss the opportunity of attacking the enemy when I was in the middle of it.’”

In another message through a messaging app, Masood said he had intended to attack Americans in the U.S. while on his H-1B visa but decided to make travel plans to fight for ISIS in Syria instead, according to federal agents.

“You know [brother] … there is so much I wanted to do here … [lone wolf] stuff you know… but I realized [I] should be on the ground helping brothers, sisters, kids inshAllah,” Masood allegedly wrote in a message.

On March 19, Masood was taken into custody by federal agents after arriving at the Minneapolis-St. Paul International Airport to board his flight.

Masood has been charged with attempting to provide material support to ISIS.