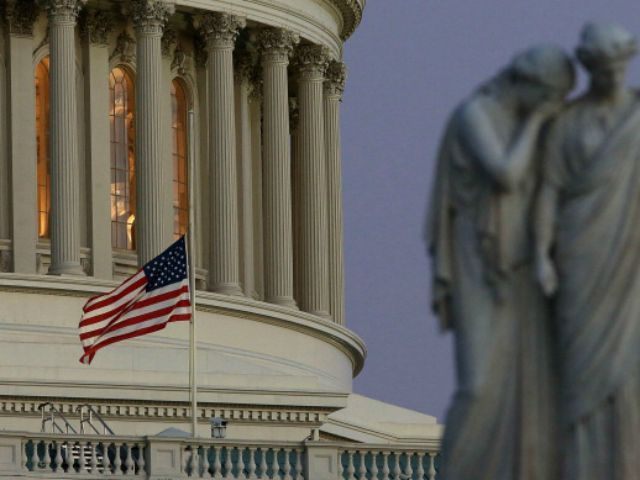 President Donald Trump on Thursday announced that he would order flags to fly at half-staff to memorialize Americans lost to the coronavirus.

“I will be lowering the flags on all Federal Buildings and National Monuments to half-staff over the next three days in memory of the Americans we have lost to the CoronaVirus,” Trump wrote on Twitter.

The president announced his decision after House Speaker Nancy Pelosi (D-CA) and Senate Minority Leader Chuck Schumer (D-NY) asked Trump to mark the day when America reached the milestone of 100,000 deaths from the virus.

Pelosi and Schumer wrote in a letter to President Trump:

We will always carry their memory in our hearts. As we pay our respects to them, sadly, our country mourns the deaths of nearly 100,000 Americans from COVID-19. Our hearts are broken over this great loss and our prayers are with their families.

Currently the number of coronavirus deaths in the United States stands at 94,591 according to data tracked by Johns Hopkins University.

The president said that the flags would fly at half-staff on Memorial Day to honor Americans who died serving in the U.S. military.

“On Monday, the flags will be at half-staff in honor of the men and women in our Military who have made the Ultimate Sacrifice for our Nation,” he wrote.

….On Monday, the flags will be at half-staff in honor of the men and women in our Military who have made the Ultimate Sacrifice for our Nation.