Disgraced former Detroit Mayor Kwame Kilpatrick will be granted early release from a federal prison where he is serving a 28-year sentence for corruption and currently in quarantine due to the coronavirus, according to a Michigan state lawmaker.

State Rep. Karen Whitsett, a Detroit Democrat, told WJB-TV that she was notified by President Trump of Kilpatrick’s impending release during his Thursday visit to Michigan.

“He said that he was being released,”  Whitsett said. “I’m elated for him … An out is an out … He’s done his time. And I think, ‘My God, when is long enough long enough.'” 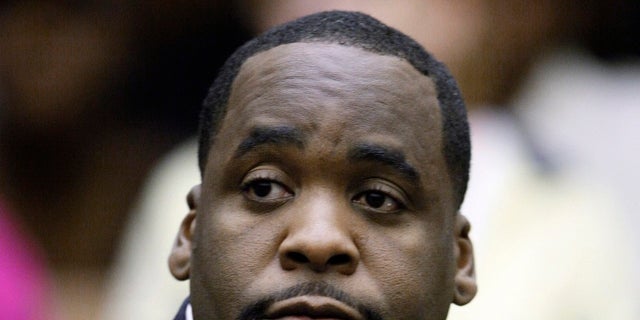 The former mayor is currently being quarantined for COVID-19 in the low-security Oakdale, La., prison. He will be among 3,000 inmates granted release due to the spread of the coronavirus within the federal prison system.

Kilpatrick, 49, served as Detroit’s mayor from 2002 to 2008. He was convicted in 2013 on charges of racketeering conspiracy, fraud, extortion and tax crimes related to shaking down contractors and rewarding his allies. The government called the scheme the “Kilpatrick enterprise.”

The former mayor’s downfall began when the Detroit Free Press published text messages between him and his female chief of staff that appeared to show he lied during a police whistleblower trial while denying an affair between the pair.

In a February letter to Tump, the Ebony Foundation, a nonprofit dedicated to combating mass incarceration, argued that Kilpatrick’s lengthy sentence was not appropriate for his crimes.

“Kwame Kilpatrick made grave errors in judgment as Mayor,” read the letter, which was signed by several African-American leaders. “However, when looking at his sentence in comparison to other public officials in public corruption cases who were convicted and sentenced around the same time, you see the unfairness of Mr. Kilpatrick’s sentence.”

The group cited the 14-year sentence handed down to disgraced Illinois Gov. Rod Blagojevich, whose sentence was commuted by Trump this year.

In a statement, state Rep. Sherry Gay-Dagnogo said the issue “is much larger than one man or conviction” but rather to “ensure greater access to justice and victory to all who have been impacted by our judicial system – especially those communities that often bare the weight disproportionately.”