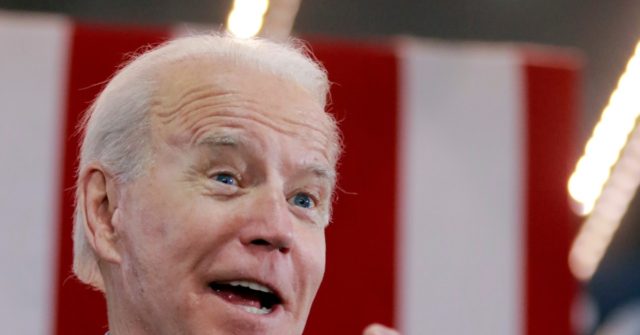 Listeners to former Vice President Joe Biden’s interview with Charlamagne tha God on Friday did not have great things to say after the event, according to the comments posted on the Breakfast Club radio show’s page.

Biden throughout the interview rambled, repeatedly implored listeners to look at his record instead of laying out what he would do for the African American community, and did not substantively answer many of Charlamagne’s questions.

Biden ended the exchange by saying if African Americans were not sure whether to vote for him or President Trump, then they “ain’t black.”

The top response to the interview, as of Friday morning, from a listener named “I am Xavier” was:

I’m seven minutes in and this is not going good for Biden. He basically keeps saying “Black people like me. I have black friends” over and over.

Edit: Biden really told Charlemagne he ain’t black if he don’t vote for him. Dude…that’s not a good look. You are not the one to decide who’s black, what’s black, or how black someone is. STFU. Forever.

The second top response, from “Sammy sausage” was:

This guy has been in Washington for 46 years. Has been vice president for 8 of them. So now I’m supposed to believe he’s going to do something for the working class ok.

Another listener, “Ian Kluvitse” mocked how Biden repeatedly said “man” during the interview.

i cringe when he says mane like white terrence howard

…how many times is he going to call Charlamagne man.

Others noted Biden’s rambling, his not answering questions, and pandering.

The phrase ‘you ain’t black’ should never come out a presidential candidates mouth.. especially directed at black folks. They was almost a worse look than the kissing little girl videos.