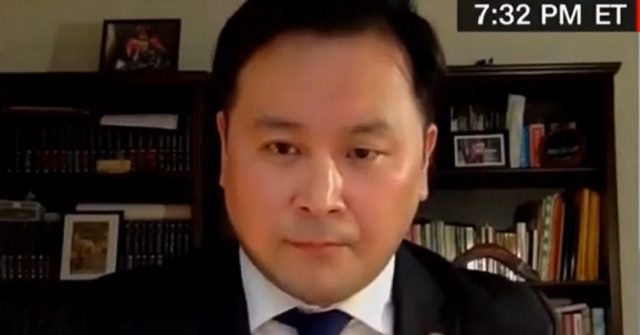 On Friday’s broadcast of CNN’s “OutFront,” New York State Assemblyman Ron Kim (D) stated that New York state’s decision to send coronavirus-positive patients into nursing homes “cost a lot of lives” and “it would be very helpful” to those who lost loved ones if New York Gov. Andrew Cuomo (D) admitted more about mistakes that he made.

Kim said, “I was absolutely shocked that the state of New York sent so many people back to nursing homes, when nursing homes aren’t hospitals. These are COVID-positive patients that should have been treated at hospitals or other facilities that were equipped to take them in. And everyone was shocked at that time, and many of us pushed back, wrote letters to the Department of Health, and asked them to stop the policy and transfer those patients out. And other states who actually initially put in those orders, scaled back immediately, recognizing the mistakes that they made, but it took us about two months to recognize that error, and it cost a lot of lives in that time period.”

He added that “there will be plenty of time to figure out why he [Gov. Cuomo] did this, and who made the mistake, but right now, we just need to move forward and get this right.”

Kim also criticized the state for giving “blanket corporate immunity” to nursing homes, and said that “somebody needs to step up and take ownership. And if we made a mistake, we should admit it and move forward and make sure that we get this right.”

Host Erin Burnett then asked, “Do you think, bottom line, it will help if Gov. Cuomo admits more about the mistakes he made?”

Kim responded, “I think it would be very helpful to the thousands of lives, including myself. I lost my uncle in April, in the middle of helping hundreds of other local families who couldn’t communicate with their loved ones in nursing homes. … I think all of us — all we’re waiting for is a leader to step up and say, if they made a mistake, just admit it. And we — I think we’re all willing to forgive the governor. We’re all willing to accept that no one is perfect in this crisis. But what’s important is that we don’t get fixated on bad decisions, that we need to grow out of this and learn immediately so we can move forward in the right direction.”