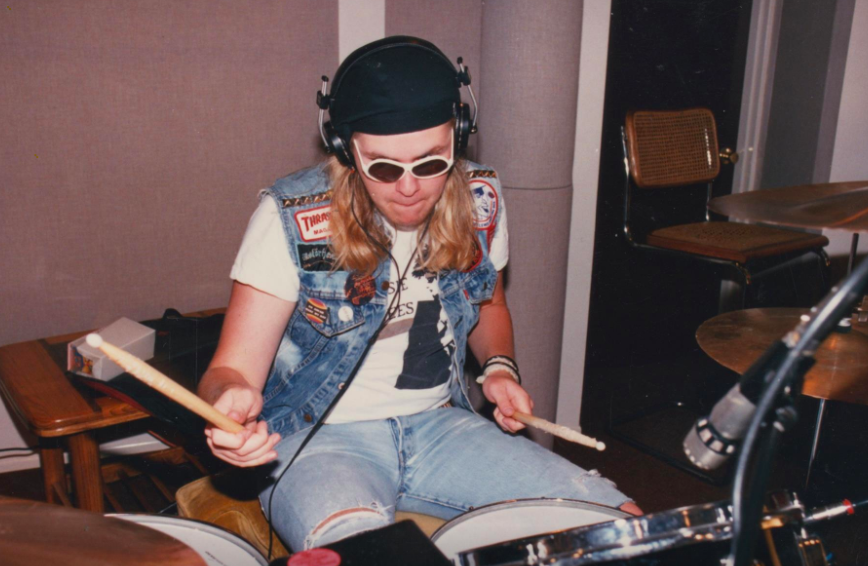 Steven “Thee Hippy” Hanford, the drummer for bands like Poison Idea, Fetish and Accüsed A.D., has died at the age of 50. Fetish’s label, Blackhouse Records, confirmed the news of Hanford’s death.

“The world just lost a pretty amazing person today. Unreal,” the label said in an Instagram post. “Steve’s larger than life personality, let alone his drumming and producing work over the years was something of legend, unforgettable and historic to say the very least.”

A GoFundMe has been set up for Hanford’s family. In the post, it said that the cause of Hanford’s death due to a heart attack.

Best known for his work in Poison Idea, Hanford joined the band in 1987 ahead of their second album before leaving at the beginning of the century.

In 2008, Hanford was sentenced to seven-and-a-half years in prison after being convicted of armed robberies. While in prison, he turned his life around.

“You had to have 18 months clear conduct to get into it, and I was pretty close,” he told Kerrang! “I’d only been to the hole once, for making hooch. I got talking to Sam Redding, the guy who’d started the program, who was an old buddy of mine that I used to sell dope to. They had a digital recorder and nobody knew how to use it, and a drum teacher who was terrible and didn’t know what he was doing. So he got me in there and we reworked the schedules to where every Friday was recording day.

He worked with other inmates in Pendleton Correctional Facility’s music program before playing in Accüsed A.D.