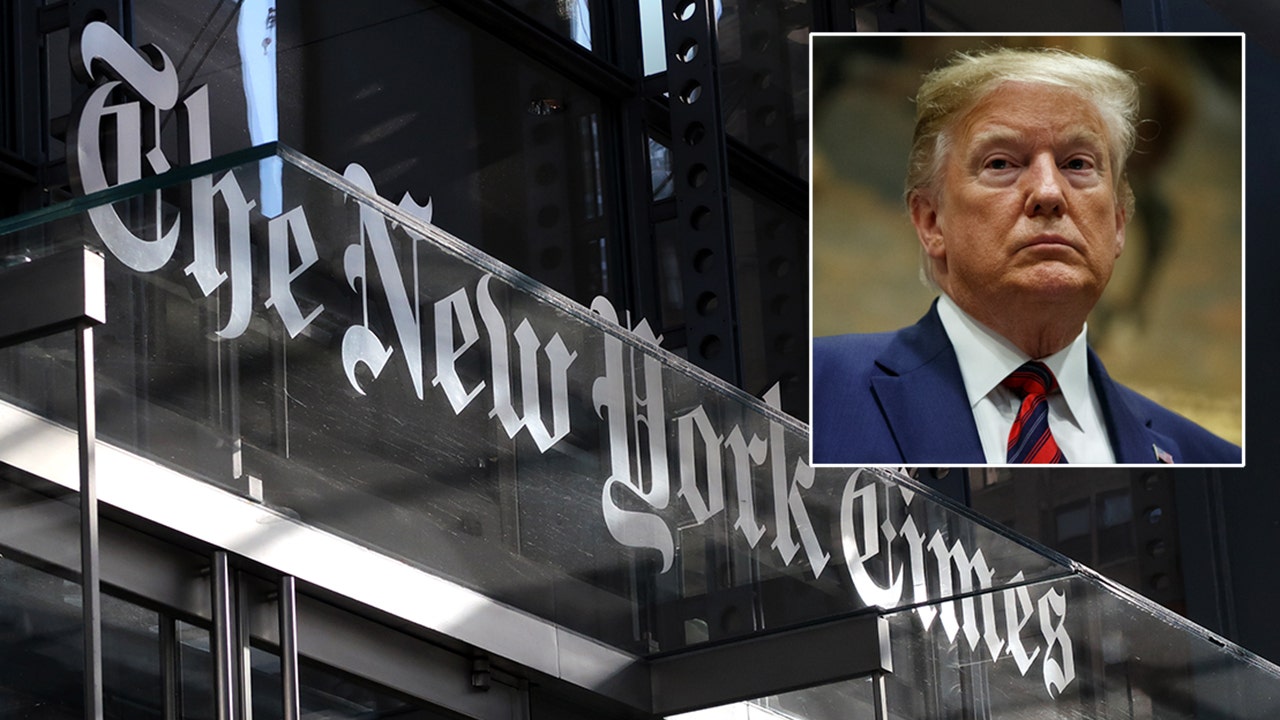 President Trump fired his most recent shots at The New York Times on Friday, targeting both the newspaper’s executive editor and its publisher.

“I laugh at them all,” the president wrote in one of two Twitter posts critical of the paper. “The @nytimes is a total mess!”

Exactly what prompted the president’s messages wasn’t immediately clear but Trump again referred to the newspaper as “the Failing New York Times,” a description he has used often when talking about the paper’s coverage of his presidency.

Trump began by hurling an insult toward Dean Baquet, the paper’s executive editor.

Baquet “is to be seriously respected,” Trump wrote. “He has long been considered one of the dumbest men in the world of journalism, and he became Executive Editor of the Failing New York Times. Not easy to do.”

The president continued his attack on Baquet.

“He has given up on ‘figuring Trump out,’” the president wrote. “Called it all wrong from the beginning, was forced to apologize (Fake News!) after the seriously wrong call of the 2016 Election, and is now willing to write anything, even if not truthful.

“He laughs at his boss, Publisher A.G. Sulzberger, and I laugh at them all,” Trump concluded. “The @nytimes is a total mess!”

Earlier this month, the Times said one of its reporters “went too far” in criticizing the Trump administration’s response to the coronavirus outbreak.

During an appearance on CNN, Times writer Donald McNeil described Vice President Mike Pence as a “sycophant” of Trump.

A Times spokesperson later issued a statement to Fox News.

“In an interview with Christiane Amanpour today [May 12], Donald McNeil, Jr. went too far in expressing his personal views,” the statement said. “His editors have discussed the issue with him to reiterate that his job is to report the facts and not to offer his own opinions. We are confident that his reporting on science and medicine for The Times has been scrupulously fair and accurate.”

Back in December, Trump accused the Times of supporting Bloomberg News’ decision to not investigate the campaign of then-presidential candidate Mike Bloomberg, the news outlet’s owner, or the campaigns of his rivals – but still investigate Trump’s campaign.

“The Failing New York Times thinks that is O.K., because their hatred & bias is so great they can’t even see straight. It’s not O.K.!” the president wrote.

Trump responded to the Bloomberg News policy by banning the organization from covering his rallies and campaign events.

In that instance, Baquet of the Times defended Bloomberg News.

“Bloomberg News is one of the largest and most influential news organizations in the world,” Baquet said in a statement at the time. “We condemn any action that keeps quality news media from reporting fairly and accurately on the presidency and the leadership of the country.”

Fox News’ Joseph A. Wulfsohn contributed to this story.