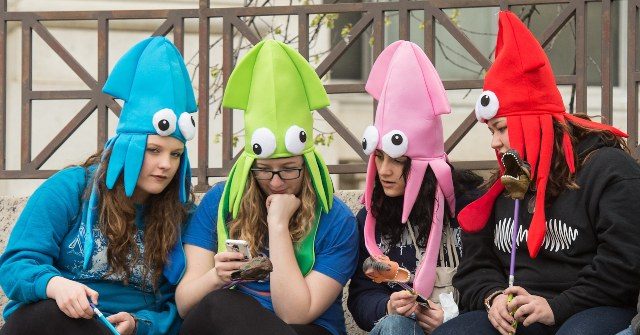 A recent report revealed that teenagers spend an average of seven hours each day on their smartphones. The report suggests that 70 percent of teenagers conceal a portion of their online activity from their parents.

According to a recent report, teenagers spend an average of seven hours each day on their smartphones, outside of hours spent using technology to complete school tasks. The report suggests that excessive screen time makes it more difficult for teenagers to engage in creative tasks, exercise, or face-to-face communication.

“Most teens have a gluttonous relationship with their screens. One video leads to another. Soon, hours have passed. This isn’t entirely their fault; the people creating the apps and programs on the screen work hard to suck us into infinite scrolls and neverending content,” the study reads. “A recent survey by Common Sense Media, shows that teens spend over seven hours a day watching content not related to schoolwork.”

The report detailed a survey that revealed that 70 percent of teenagers conceal their online activity from their parents using blocking programs and in-private browsers.

According to a survey performed by the McAfee security software company, 70% of teens hide their online behavior from their parents. They know how to access secondary devices, bypass blocking programs, use in-private browsers and other tricks that will keep their parents in the dark. Some of the reported behaviors include viewing pornography, cheating on schoolwork and making potentially dangerous connections with online strangers. Spend 15 minutes of clever Googling, and you can bypass almost any app or filter on the market.