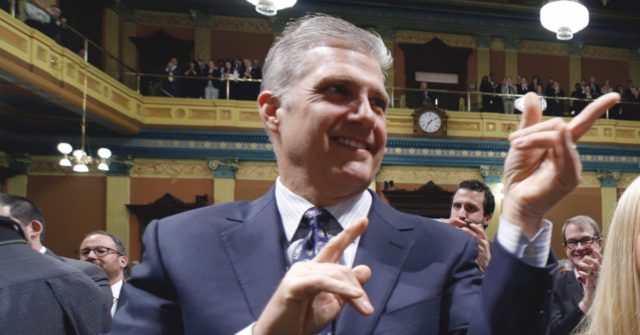 The Detroit News reported Monday that Michigan Gov. Gretchen Whitmer’s (D) husband exploited her position to urge a dock company to put his boat in the water before Memorial Day weekend, despite strict coronavirus guidelines.

The owner of a Northern Michigan dock company says Gov. Gretchen Whitmer’s husband wanted his boat placed in the water before the Memorial Day weekend as Whitmer urged residents not to rush to the region.

No longer visible to the public, Facebook posts from NorthShore Dock LLC and its owner, Tad Dowker, focused on what Dowker said was a request last week by Whitmer’s husband, Marc Mallory. The posts have drawn the attention of Republican state lawmakers, who said the Democratic governor’s family may not be following her guidance for the rest of the state.

Whitmer’s spokeswoman, Tiffany Brown, didn’t confirm or deny Monday the assertions by the marina company or its owner. Brown said the administration wouldn’t address “every rumor that is spread online.”

When told that there was no way to rush his boat into the water, given that the governor had only recently started lifting restrictions, giving the company little time to handle a crush of requests, her husband reportedly said: ‘I am the husband to the governor, will this make a difference?’”

Whitmer has earned praise from the left — and criticism from the right — for her severe, statewide restrictions on a wide variety of economic activities during the coronavirus pandemic, including landscaping and construction (which are permitted even in California).

However, she — or her husband — would now appear to have joined the long list of politicians, mostly Democrats, who cannot obey the constraints they seek to impose on others.