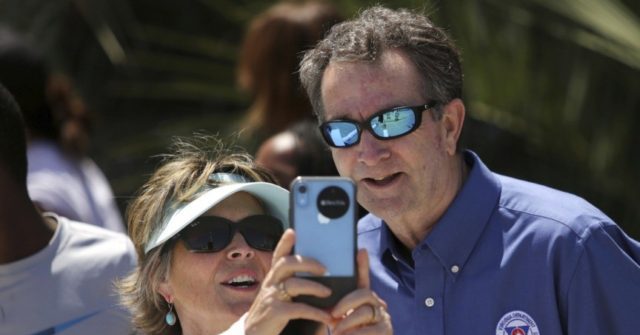 “The criminal code is not the place you want this enforced, there are tremendous equity issues with enforcing this that we’re cognizant of,” added Clark Mercer, Northam’s chief of staff.

During another part of his press conference, Northam acknowledged that he takes “full responsibility” for failing to wear a mask while visiting Virginia Beach over the weekend, saying he forgot his mask in his vehicle.

“People held me accountable and I appreciate that,” he added.

Critics on social media chided Northam, a physician, for not practicing what he has preached.

Northam posed for a selfie with a woman who said she knows the governor. She gave him a pat on the shoulder.

“We just have to continue to remind people that we want to keep the social distance of 6 feet apart,” he said, when asked about the touch later. “That’s a challenge for a lot of folks because they’re just not used to doing that.”

Virginia has more than 34,000 confirmed COVID-19 cases and 1,135 confirmed deaths as of Sunday, according to the state health department.

The AP contributed to this report.