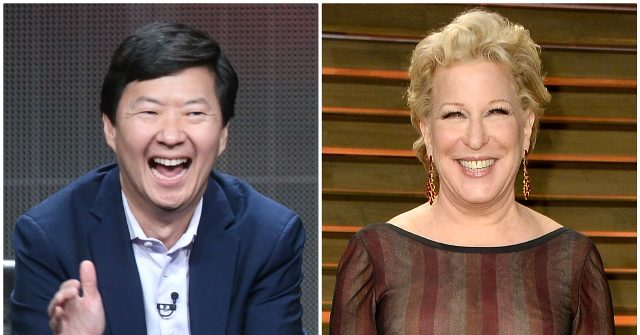 Hollywood celebrities are gloating over Twitter’s decision to slap President Donald Trump with a “fact check” of his recent tweets about vote by mail.  Stars including Rob Reiner, Dave Bautista, George Takei, and Alyssa Milano have voiced their approval of Twitter’s actions against the president.

Twitter has appended a link to the bottom of two tweets from President Trump, encouraging people to “Get the facts about mail-in ballots.” The link takes users to a Twitter landing page that calls the president’s claims about potential voter fraud “unsubstantiated.”

But Twitter relied solely on left-wing media organizations CNN, NBC News, and The Washington Post as its fact-checking sources.

MASSIVE. Twitter says it will put a warning label on the Lies and Disinformation tweeted by Trump. Since Trump is incapable of tweeting without lying, adios amigo. And don’t let the door hit you on the way out.

Guardians of the Galaxy star Dave Bautista called the president a “bitch.”

The West Wing star Bradley Whitford called President Trump a conman, racist, and Russian puppet. He then tweeted to the president: “Fact check that, you malignant narcissist.”

Your incompetence led to the unnecessary deaths of tens of thousands of innocent Americans and destroyed the economy that @BarackObama built. You’re a racist birther, a puppet of Vladimir Putin and a conman. You’re destroying our future. Fact check that, you malignant narcissist. https://t.co/WalxYKVgiV

Actor Don Cheadle appeared to suggest that Twitter waited too long to sanction the president’s tweets.

Prior to Twitter’s fact check against the president, some celebrities attempted to pressure the social media giant into deplatforming the commander in chief.

Bette Midler called President Trump “the most loathsome man on the planet” and tweeted out a New York Times opinion article that called for Twitter to “cleanse the Trump stain.”

Donald Trump is officially the most loathsome man on the planet: Twitter Must Cleanse the Trump Stain https://t.co/mfSIxX1R9B

Baldwin brother Billy Baldwin tweeted out the hashtag #TakeTrumoOffTwitter, citing among other reasons the president’s use of the terms “Psycho Joe” and “Obamagate.”

From Psycho Joe to Sleepy Joe.

From mail in ballot fraud to Connor Lamb fraud.

From Obamagate to Poligrip to buffet tables to skanks.

Translation: Trump sees the polls and 100,000 dead and is in full, tilt, boogie panic mode.#TakeTrumpOffTwitter pic.twitter.com/guX8wc2bsc

This is excellent. Trumps false claims will now be flagged as such pic.twitter.com/Fct3moRvi8

Thank you @Twitter for slapping this fact-check on Dear Leader. pic.twitter.com/r73T2UhKqB