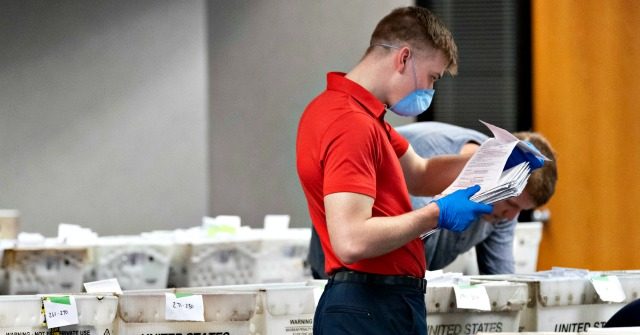 Pittsburgh, Pennsylvania, officials have admitted that duplicate ballots were mailed out to registered voters, though they are not sure how many.

Last week, Allegheny County, Pennsylvania’s top election official admitted that duplicate ballots had been sent to registered voters but said he did not know how many were sent, according to the Pittsburgh Post-Gazette:

In a conference call with reporters, Dave Voye, who manages the division that’s had to process a massive influx of vote-by-mail applications and ballots as voters look for an alternative to in-person voting amid COVID-19, said the department started to notice there was a problem with duplicate ballots at the end of April. [Emphasis added]

Several voters told the Post-Gazette this month that they had applied for a mail-in or absentee ballot and received more than one in the mail. The county released a statement on the issue Thursday, and said it was the result of a bug in the state’s voter registration system. [Emphasis added]

Still, Allegheny County officials have said the problem has been resolved and that duplicate ballots marked as such will not be counted in the state’s primary election on June 2.

The duplicate mail-in ballot issues come as Allegheny County officials have reached a settlement with the Public Interest Legal Foundation (PILF) to clean up its voter rolls, which reportedly include 1,600 dead people, close t0 7,500 voter registrations flagged as duplicates, 1,523 registered voters who claim to be 100-years-old and over, and 1,178 registered voters who are missing dates of birth.

Still ongoing is Judicial Watch’s lawsuit against the state of Pennsylvania for reportedly having more than 800,000 inactive voters on its voter rolls.