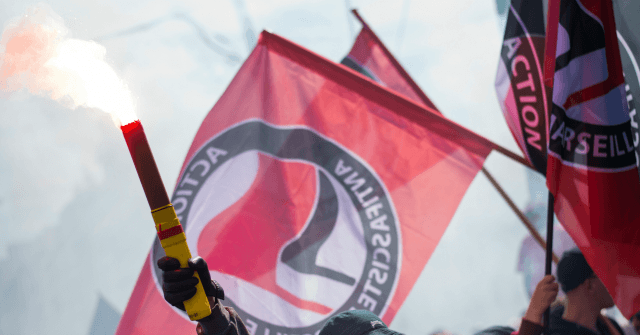 “The United States of America will be designating ANTIFA as a Terrorist Organization,” Trump wrote on Twitter.

The president commented after consecutive days of heightened rioting in several major cities after a black man George Floyd died after an officer knelt on his neck for several minutes while detaining him.

Trump blamed the violence on “Radical Left Anarchists” thanking the National Guard for helping quell the riots in Minneapolis.

He urged other cities and states to do the same.

“The National Guard did a great job, and should be used in other States before it is too late!” he wrote.

The president lamented that Democrats in Minnesota waited to fully deploy the National Guard, and warned other localities not to make the same mistakes.

Congratulations to our National Guard for the great job they did immediately upon arriving in Minneapolis, Minnesota, last night. The ANTIFA led anarchists, among others, were shut down quickly. Should have been done by Mayor on first night and there would have been no trouble!

Other Democrat run Cities and States should look at the total shutdown of Radical Left Anarchists in Minneapolis last night. The National Guard did a great job, and should be used in other States before it is too late!

The United States of America will be designating ANTIFA as a Terrorist Organization.