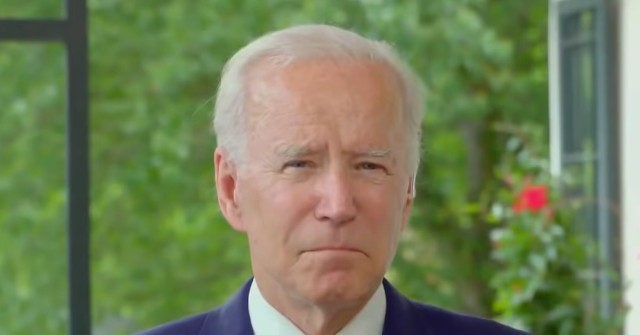 Former Vice President Joe Biden issued a statement after midnight Friday, declaring that protesting police brutality is “necessary” while condemning the act of “burning down communities” as riots rage nationwide over the death of George Floyd.

“These last few days have laid bare that we are a nation furious at injustice. Every person of conscience can understand the rawness of the trauma people of color experience in this country, from the daily indignities to the extreme violence, like the horrific killing of George Floyd,” Biden said.

“Protesting such brutality is right and necessary. It’s an utterly American response. But burning down communities and needless destruction is not. Violence that endangers lives is not. Violence that guts and shutters businesses that serve the community is not,” the presumptive Democrat nominee continued.

“The act of protesting should never be allowed to overshadow the reason we protest. It should not drive people away from the just cause that protest is meant to advance,” he added.

“Around 10:15 p.m. protesters went to Cross Creek Mall and gathered in the parking lot. Some items were looted from the JCPenney before police showed up and stopped the looting,” notes CBS 17.

Tense protests over Floyd’s death and other police killings of black people grew Saturday from New York to Tulsa to Los Angeles, with police cars set ablaze and reports of injuries mounting on all sides as the country convulsed through another night of unrest after months of coronavirus lockdowns.

The protests, which began in Minneapolis following Floyd’s death Monday after a police officer pressed a knee on his neck long after he passed out, have left parts of the city a grid of broken windows, burned-out buildings, and ransacked stores. The unrest has since become a national phenomenon as protesters decry years of deaths at police hands.

Tens of thousands of people were in the streets across the country, many of them not wearing masks or observing social distancing, raising concerns among health experts about the potential for spreading the coronavirus pandemic at a time when much of the country is in the process of reopening society and the economy.